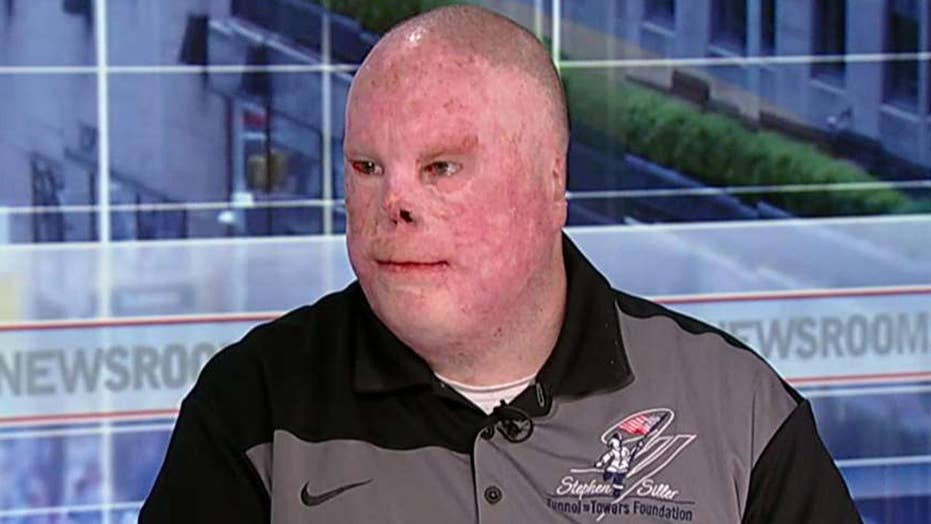 Sgt. Rick Yarosh is joined by Tunnel to Towers CEO Frank Siller and shares how the new home will impact his life.

A wounded veteran is the proud owner of a new "smart home" in upstate New York, thanks to the generosity of the Tunnel to Towers Foundation.

U.S. Army Sgt. Rick Yarosh was badly injured in an improvised explosive device (IED) explosion in 2006 in Iraq — in addition to suffering severe burns over much of his body, he lost his right leg, both of his ears, part of his nose, multiple fingers and part of his hands.

After the blast, he said, he had no idea what his future would be like.

On Monday, Yarosh joined Julie Banderas on "America's Newsroom," along with the head of Tunnel to Towers, Frank Siller.

"I didn't know if America was going to welcome me, I had no clue. I was pretty hopeful that they would, but as soon as I got outside the doors of that hospital, I saw the support from organizations like Tunnel to Towers," he explained.

Yarosh, who has been through more than 100 medical procedures and about 50 surgeries, has since been married and has a 7-year-old daughter.

"Now we get to live in a home where they don't have to really help me do anything anymore because I can do all those things," he said, explaining that the "smart home" offers him push-button technology to do household things like shutting the blinds.

Tunnel to Towers' full name is The Stephen Siller Tunnel to Tower Foundation and was established in the memory of Frank Siller's brother, a New York City firefighter who died in 9/11.

"I lost my brother on September 11th, 2001. We know that we went to war because of what happened [on 9/11]. That's why our foundation makes sure we take care of the greatest of all, our heroes, Gold Star Families, and most certainly those catastrophically injured service members," said Siller.

Yarosh's house is the 75th that has been built, he explained.

Siller encouraged viewers to consider making a contribution to the organization to help fund the hundreds of homes that still need to be constructed.