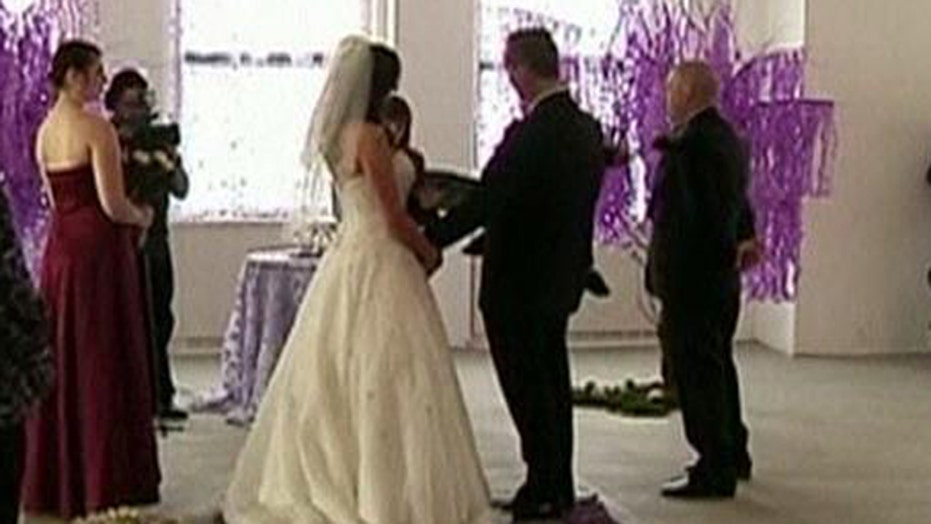 Should married couples have separate or joint bank accounts?

A recent survey by the National Sleep Foundation found that 23 percent of married couples routinely sleep in separate beds. That’s up from just 12 percent in 2001.

It’s become such a trend that the National Association of Homebuilders says they soon expect most new homes they build will have “two master bedrooms.”

Before we go on and consider what this might do to the institution of marriage, let’s get the caveats out of the way.

The Centers for Disease Control and Prevention says more than a third of Americans are obese. With obesity comes related problems, including snoring and sleep apnea. In cases where there’s a health issue (we will assume our chunky friends are “seriously considering salad,” as Tony Soprano once put it), separate bedrooms can mean a healthy night of sleep for both couples. We’re OK with that, but once the pounds are off, well, move it on over.

Even worse, if you feel obliged to head to the other room to catch just one more "X-Files" rerun, you’re doing damage to yourself and, more importantly, to your relationship.

The bedroom has to be sacred space where married couples share everything. The research is clear that couples who don’t share a bed are far less communicative than partners who sleep together. That’s bad because the best of couples — highly committed, highly communicative couples — carry some resentment, and even some hostility toward one another.

Be wary of falling into the trap of thinking that the sign of a healthy relationship is lack of conflict. Healthy relationships have all kinds of conflict, but couples resolve them together. The hard work of any relationship (and it's harder with kids) has to be done, side by side, head to head, and sometimes with both noses to the grindstone. It’s that togetherness and shared pain that creates the unbreakable bond.

Plus, when there are kids involved, the bed may be the only place where you can lay across from each other and really talk (but make it quick, because one common denominator of modern parenting is exhaustion).

Barton Goldsmith, writing in Psychology Today, says there are other intangible benefits to sharing a bed.

"I believe we do exchange some kind of energy with the person we are sleeping with, and sometimes it can be quite powerful and wonderful. When you don’t get the chance to experience that, you will feel that something is missing in your love life," he said.

That may sound "new-agey," and Barton acknowledges that. But he's right.

Think also about the kids. Everything they learn about relationships, they learn from you. What does it say to them when mom and dad can’t even spend a night in the same room?

Sharing a bed has always been one of the best things about being married. After years of courting, for instance, we all remember that first time we said goodnight to the in-laws and headed off to the same room.

Back in the 1960s and 70s, the parents’ bedroom was off-limits. No kids slept in there. No playing was allowed. Mom and dad's bedroom was sacred ground. It might as well have been El Dorado for as much as the kids saw it.

Today, with the onset of "attachment parenting," young kids can sometimes be found in the parental boudoir a couple of nights a week. And with the rise of technology, sometimes whole families can be found snuggling up together in the master for movie night.

But the master must still be the prime place for privacy and intimacy for mom and dad.

In the original "Ghostbusters" movie, Peter Venkman (Bill Murray) visits Dana Barrett’s (Sigourney Weaver) apartment to do some ghost hunting. He wanders the house and says, "What’s through there?"

"That’s the bedroom," she says, "but nothing’s ever happened in there."

A deadpan Bill Murray says ‘What. A. Crime!"

Hit the sack together, banish electronics, talk about what’s necessary to both partners getting a good night’s sleep, and make some compromises. Clean the room and make the bed. Turn your bedroom into the sacred space it should be and chances are it’ll be the one place where all kinds of magic happens.

7 ‘Surefire’ Ways to Her Heart: These Valentine’s Day gifts could save a woman's life