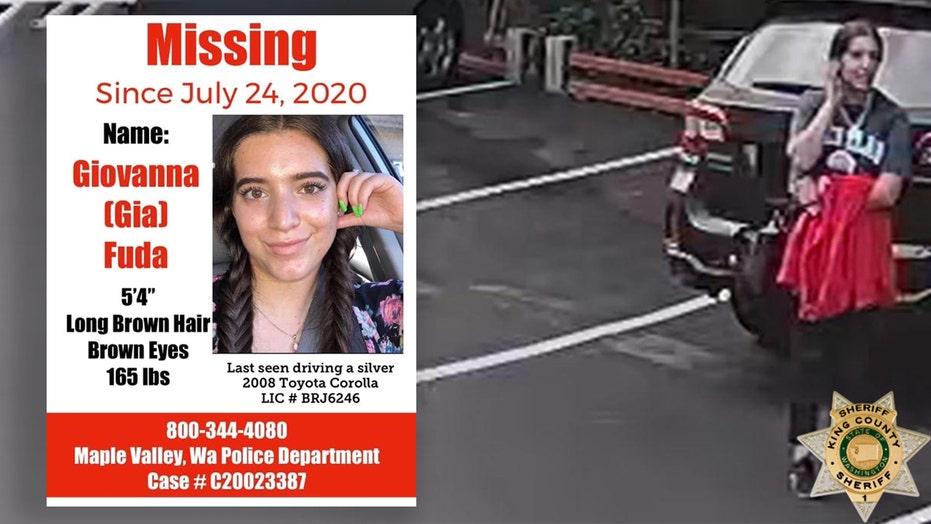 A teenager who went missing for over a week in Washington state was found alive Saturday in the heavily wooded Cascade Mountains, authorities said.

The King County Sheriff's Office said Giovanna "Gia" Fuda, 18, was discovered by search and rescue crews in the woods near Highway 2 in Stevens Pass, east of Seattle.

"It's very rare. It is definitely a miracle, and we are so thrilled that she is OK and made it out of there," Sgt. Ryan Abbott told reporters. "There has been so much support, and so much interest and people wanting to help. It's nice to see."

Fuda was last seen on July 24, when she left her home in Maple Vally, Wash., without telling her family where she was going.

Her 2008 Toyota Corolla was found west of Stevens Pass by a state transportation worker.

Detectives said Fuda stopped at a coffee shop before running out of gas. Personal items were found inside the vehicle, but her phone was powered off.

Family and friends spent the past couple of days in the area posting missing person fliers and searching trails.

Authorities had labeled her disappearance "suspicious" and released surveillance footage Friday of Fuda outside the coffee shop near the town of Index.

Abbott told reporters Saturday that rescue teams with bloodhounds came across a notebook and shoes that belonged to Fuda around 2:45 p.m. that day..

Fuda was found two miles up a "very steep" ravine embankment along a creek,authorities said.

Medics treated her on the scene and she was transported to an area hospital, where she was listed in stable condition. Fuda had no food with her, but drank water from a creek, according to Abbott.

"This is a remarkable ending," he said.

Officials have not yet said why Fuda ended up in the woods. Abbott said she "was not very coherent" at the time of thte rescue and couldn't explain what transpired over the past week.

Rumors of a possible kidnapping appear not to true, "at least at this point," Abbott said.

Jeff White, a friend of the Fuda family, told Q13 FOX he had feared the worst.