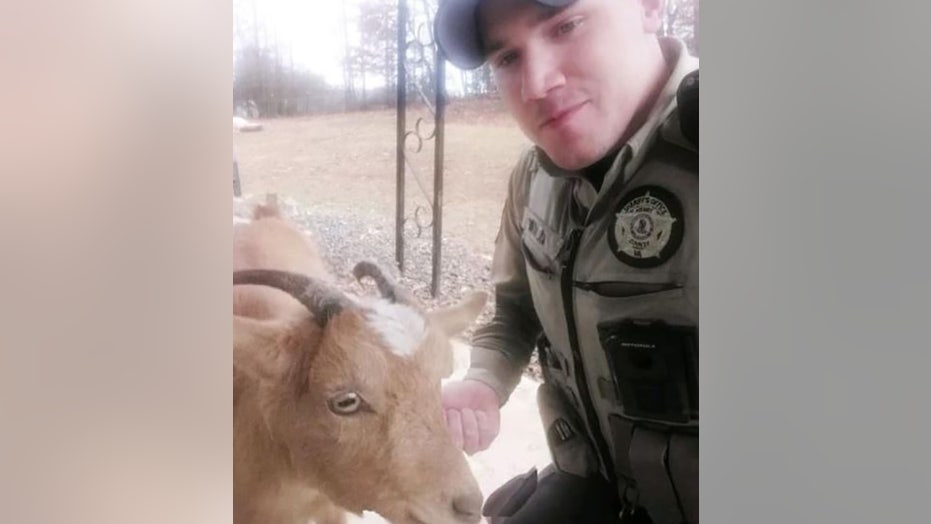 You've goat to be kidding me…

A Virginia sheriff's office is thanking a goat for assisting deputies during a foot pursuit with a fleeing suspect this month.

The goat, named Gracie, helped two deputies flush out a suspect they were chasing on Feb. 13, according to the Henry County Sheriff's Office.

"Sometimes help comes in all shapes and sizes!!" the sheriff's office wrote on Facebook.

After telling the suspect he was under arrest, the suspect fled on foot, leading Parnell to chase him through a fence line and across a field, Barker said.

During the chase, Barker said a goat from the property joined the deputy.

When Parnell and the goat reached the next line of the fence in the field, the goat continued through the fence in front of the deputy and chased the man into the woods.

As Parnell surveyed the situation, the goat and a deputy on the other side flushed the man out of the woods, and he was taken into custody, Barker said, according to the Martinsville Bulletin.

Barker said the goat was returned to its owner after the incident was resolved. Authorities have yet to provide the name of the suspect.

Fieldale is about 70 miles southeast of Blacksburg.