This is ‘litter-ally’ the most vile subway car in New York City.

Repugnant video posted to Instagram last week shows a southbound 2 train at the Allerton Avenue stop in the Bronx that looks like it would be far more at home in the Fresh Kill’s landfill.

Mushrooming mounds of trash — newspapers, plastic bags, and discarded bottles, wrappers, personal belongings — carpet nearly half the car, as the handful of passengers seem oblivious to the revolting conditions

“This how the trains be looking in the morning. This s–t is crazy,” says cameraman Timothy Brown, 33, who recorded the squalid scene and posted it to his Instagram. “They want us to pay more money? Look at this.”

“This s–t make you not want to sit on trains and all that,” he continues, panning the camera across the disgusting car.

Later, he told the Post “I was disgusted. That train had a little bit of everything. Everything you think shouldn’t be on a train was there.”

There were “no words” to describe the smell, Brown said. “There’s no explaining it. It was horrible.”

He told the Post he was on his way to work at a construction site when he encountered the dirty train. 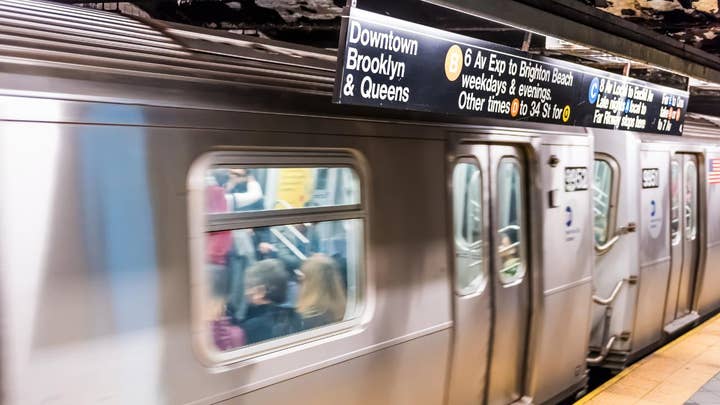 “You go anywhere else, you can eat off the train!” he added.

Longtime rail rider Curtis Sliwa, the founder of the Guardian Angels, was aghast.

“I’ve never seen it this bad in 40 years,” a stunned Sliwa admitted to the Post.

NYC Transit president Andy Byford said the agency has referred the video to the NYPD.

“This is a clear violation of subway rules and no one should have to ever experience this,” he said.

But Brown says he showed the video to MTA workers, and they weren’t shocked. “I showed her the video. She said oh, that’s normal. That’s regular,” he said. “They can’t do anything about it.”

The video ends as Brown makes a plea to transit officials.