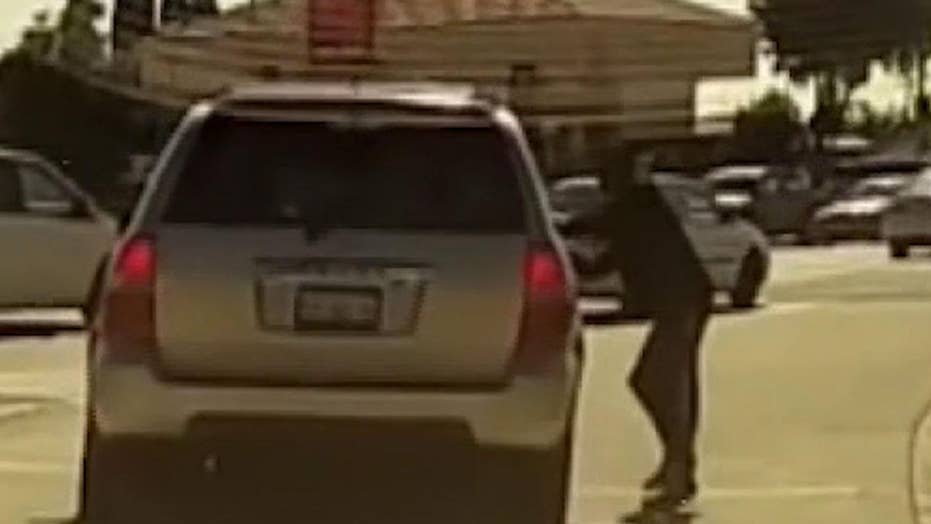 A dashcam video shows a man in California moving into the path of an SUV.

Fox 11 reported that Nick Luu watched the incident in Rosemead, and caught it on video, which he posted to Reddit and Facebook, and shared with police.

He said he saw a driver in front of him pause at a crosswalk to let the pedestrian cross.

“There’s no doubt it was on purpose,” Luu said, expressing his point of view to  Fox 11.