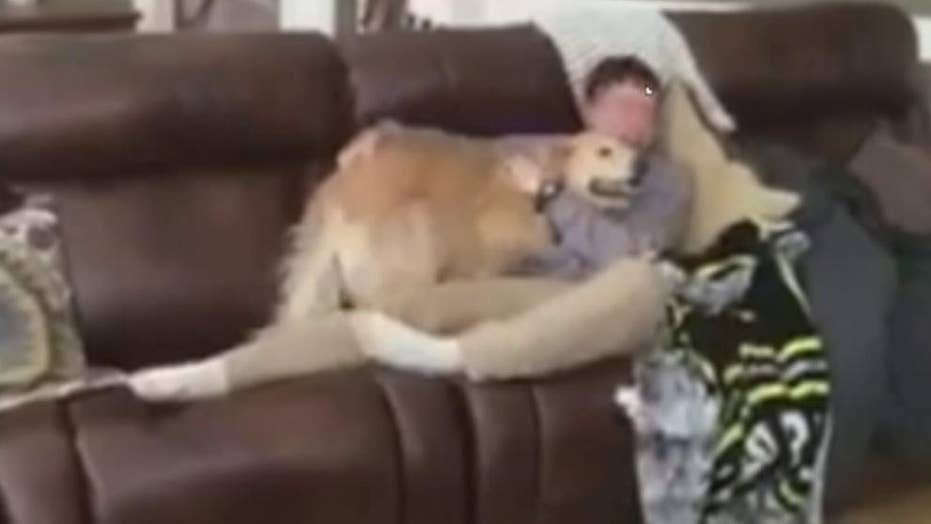 Video shows heartwarming reunion between Army pilot and his dog.

A Golden Retriever seemed like he couldn’t wag his tail fast enough after finding out that his human, Army pilot Zack Vohaska, was home once again after serving overseas.

And witnesses to the tender moment captured it on video.

Vohaska returned to Woodstock, Illinois after being in Afghanistan and decided to surprise his dog, Buddy, after the pair was separated for six months, Fox 32 Chicago reported.

As the serviceman disguises himself beneath a pile of pillows and blankets on the couch, Buddy comes into frame and seems to smell something familiar.

Buddy continues to poke his nose in the couch as his tail seems to wag faster and faster. The pooch can hardly contain himself as he soon discovers Vohaska and climbs into his lap for the sweet reunion.