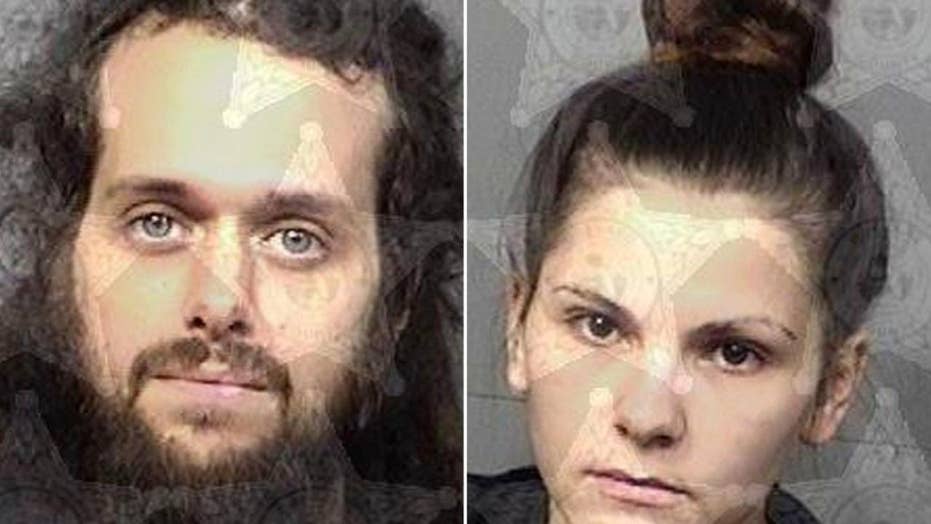 Vegan parents are being charged after starving their baby by switching from formula to feeding it potato mash.

Vegan parents in Florida allegedly starved and left their 5-month-old baby malnourished after they stopped using the doctor-advised formula and instead gave him a potato-based mash, police said.

Robert Buskey, 31, and Julia French, 20, have been accused of causing harm to the toddler and may face further charges.

The suspects were described as vegans who ignored doctor’s requests to feed the baby organic formula and instead began giving the child their own, WFTV 9 reported.

“I’ve never seen a child to this level, this close to possible death,” Detective Lauren Watson of the Titusville Police Department said.

“At one point, when the child was doing good and healthy, and gaining weight, he was on organic formula [but] they changed it on their own,” she added.

Police say the baby weighed 8 pounds, 8 ounces at 5 months old, which was just one pound more than the birth weight, FOX 8 reported.

The baby’s ribs were visible and his eyes were sunken, authorities said. The baby was also sleepy and had an erratic temperature and sugar levels due to dehydration and malnourishment.

He’s currently recovering in the hospital and has since gained back some weight, though the alleged starvation may have caused some long-term damage.

Police said the couple couldn’t clarify why they decided to change the organic milk formula to a potato-based one.