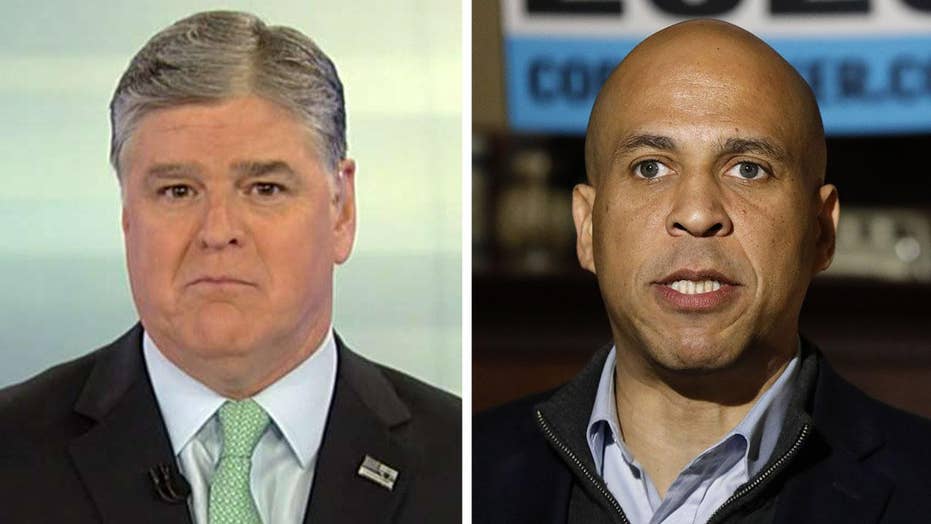 The New Jersey Democrat recently told VegNews that he started experimenting with a vegetarian diet around 1992 and then eliminated dairy foods as well, making his diet completely animal-free.

These days, Booker says, we may all be heading toward a vegan diet because, in his view, meat consumption is not sustainable in the future.

“You see the planet earth moving towards what is the Standard American Diet,” he told VegNews. “We’ve seen this massive increase in consumption of meat produced by the industrial animal agriculture industry.

“The tragic reality is this planet simply can’t sustain billions of people consuming industrially produced animal agriculture because of environmental impact. It’s just not possible, as China, as Africa move toward consuming meat the same way America does because we just don’t have enough land.”

VEGAN ACTIVISTS STORM STEAKHOUSE, ARE MOCKED BY PATRONS MOOING AT THEM

Booker says there are a number of goals he hopes to accomplish through legislation that would affect what people eat.

“Legislatively, I want to continue to be a part of a movement of folk who are fighting against corporate interests that are undermining the public good and the public welfare,” he says. “So, I’m going to continue supporting bills that are about public health, whether it is pumping in all these antibiotics into animals that are literally threatening the safety of Americans. I believe that Americans do care about the cruelty to animals, and that’s why you see public movement to stop pig crating, which is harmful and violates our collective values as a country.”

After Booker’s comments to VegNews were reported, the congresswoman – whose state is home to some 60 meat plants, according to the Wyoming Department of Agriculture – fired off a Twitter message that made it clear where she stands on the issue.