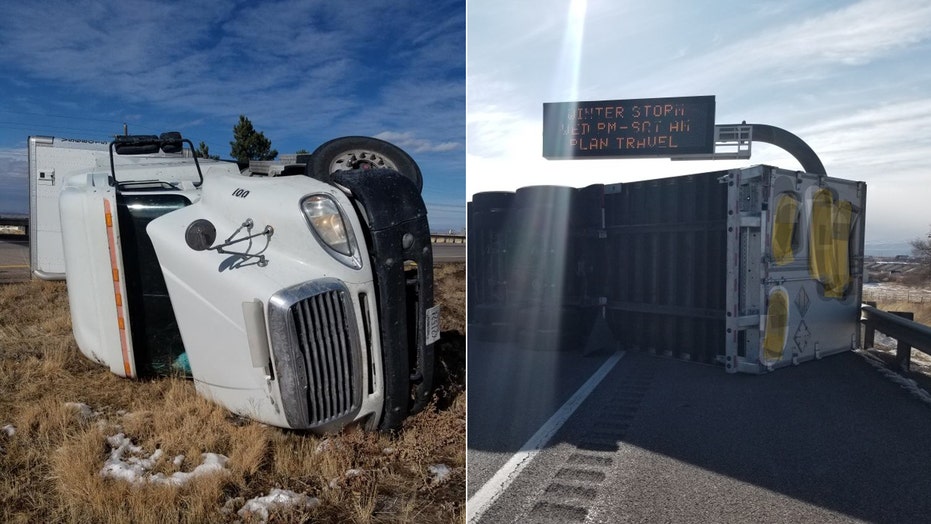 Two semi trucks overturned in Utah on Wednesday as the state was slammed by a winter storm that brought with it strong winds.

Utah Highway Patrol responded to a crash on the southbound side of I-15 at mile marker 61 near Cedar City Wednesday afternoon where officers found a massive semi-truck had been “blown over.”

It wasn’t immediately clear if the trailer of the truck was empty at the time of the crash.

Just a half-hour later, officers alerted holiday drivers to another overturned semi that was “blown over” on the same highway near mile marker 68.

The National Weather Service in Salt Lake City issued a Winter Storm Warning for most of the state that is expected to remain in effect until 5 p.m. Friday.

Strong winds “driven by a 120-130 knot (of) jet” flow continued to blow through the southwestern regions of the state Thursday afternoon with forecasters estimating a total snowfall of 4 - 8 inches on top of preexisting snow.