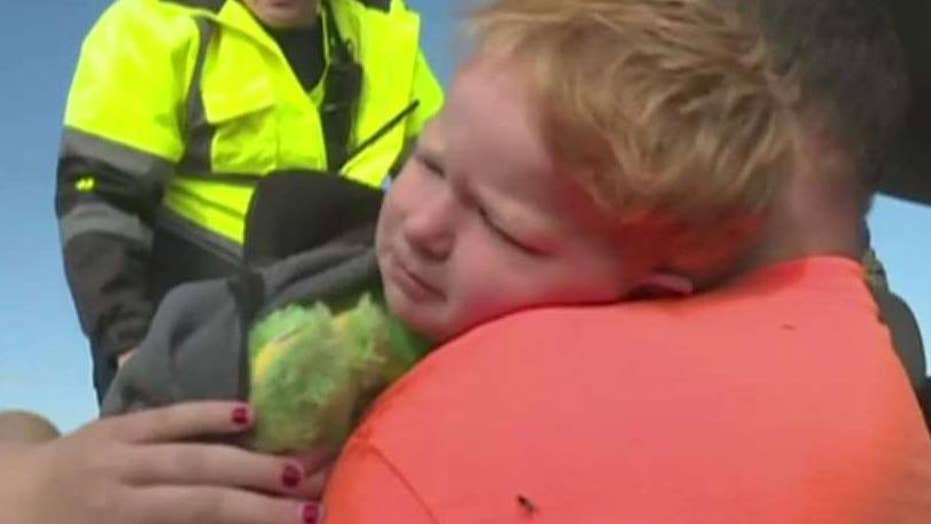 Toddler found safe after being lost in field for 20 hours

DEERBROOK, Wis – Authorities say a missing 3-year-old boy has been found safe nearly 24 hours after he wandered into a cornfield in northeastern Wisconsin.

The Langlade County Sheriff's Office said Sunday morning that medical personnel were checking the boy, but he was alert, warming up and eating and drinking.

Hundreds of volunteers joined police from nearby cities to help search for the boy, who wandered away from his rural home near Antigo Saturday afternoon. The volunteer who found him, Tom Andraschko of Antigo, told Wausau Daily Herald Media (http://wdhne.ws/2dkR46M ) the 3-year-old was terrified and sitting cross-legged on the ground.

Sheriff Bill Greening says the boy was playing outside when he wandered away from family members and into the cornfield.

Greening says several helicopters, drones and police dogs were used in the search.