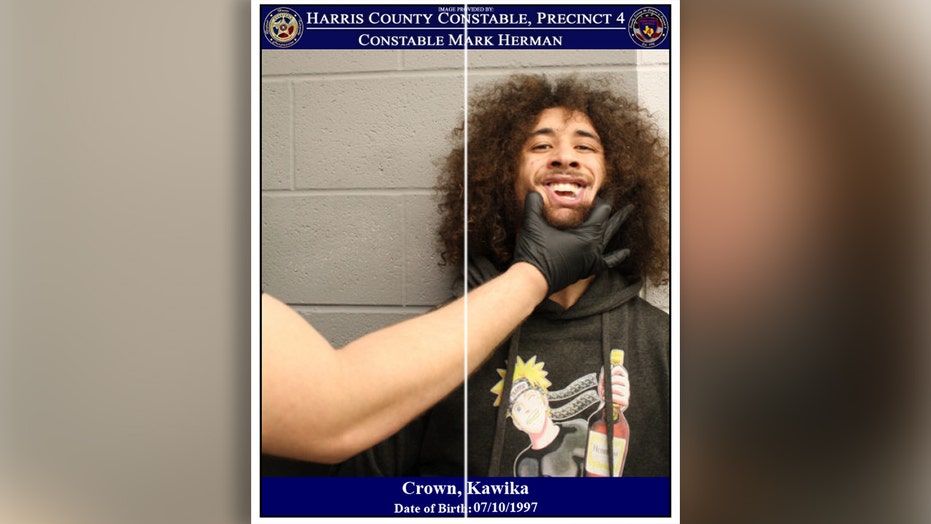 Texas authorities released an interesting mugshot Tuesday for a man they say was found hiding in a doghouse as he was being sought for firing a gun at a sports bar.

The mugshot taken by the Harris County Precinct 4 Constable’s Office shows a deputy with his hand on 22-year-old Kawika Crown’s face after his arrest on a misdemeanor charge of unlawful carrying of a weapon.

The Houston Chronicle had reached out to Constable Mark Herman to explain the circumstances of the photo.

The arrest came after deputies were dispatched Monday night to Big Daddy’s Sports Bar in Spring for a report of a man with a gun, Fox 26 Houston reported.

The man, who turned out to be Crown, had gotten into a confrontation with another patron about bringing a firearm into the bar, according to the station.

Crown agreed to leave but as he was doing so, fired off several shots before running away on foot, the station said. No injuries were reported.

Deputies went looking for Crown and found him hiding in a doghouse, according to the station. The gun was found nearby.