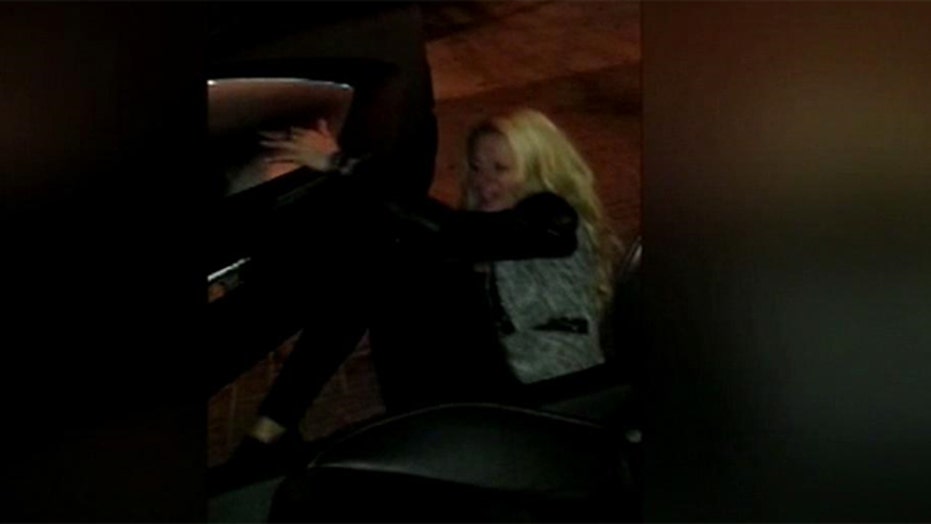 A Texas judge released video that appears to show his girlfriend throwing herself out of his moving car after a Dallas grand jury declined to indict him on felony assault charges.

Judge Carlos Cortez, 44, was arrested Dec. 28 on allegations he choked his 26-year-old ex-girlfriend Maggie Strother, leaned her over the edge of the balcony at his apartment and threatened to kill her. In a motion filed two days later, Cortez said the woman was trying to kill herself and he tried to pull her away from the balcony.

Strother also reportedly claimed that Cortez tried to push her out of a moving car, but cell phone video of the incident appears to contradict the claim she was pushed. Cortez told FOX-4 that he filmed the woman because he wanted to show her the video the next day of how she was acting.

Cortez asked a judge to throw out an emergency protective order granted after the incident. He had been charged with family violence assault, a third-degree felony punishable by up to 10 years in prison.

Shortly after Cortez was cleared, Strother's attorney released a statement saying, "We are disappointed with the grand jury's decision, but Maggie stands by her statements, and nothing that happened today changes that one bit."