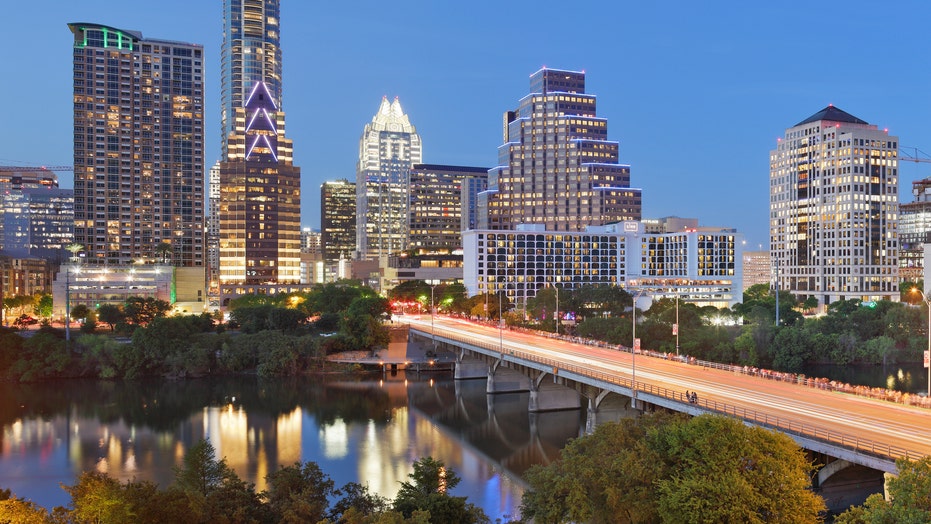 A Texas police group has put up billboards on Austin city limits warning drivers that the city had cut its police budget.

"Warning! Austin defunded police. Enter at your own risk!" one of the boards reads. “Limited support next 20 miles,” another sign reads.

The Texas Municipal Police Association (TMPA), the largest police group in the state, said it released the #BacktheBlue billboards "to raise public awareness that Austin is a defunded city."

“This reckless act, a political stunt by the city council pandering to the radical left, will do nothing but endanger the people of Austin,” the TMPA wrote on Facebook.

Texas Gov. Greg Abbott tweeted about the billboards with the hashtag #TexasBackstheBlue. Texas Lt. Gov Dan Patrick thanked the TMPA for putting up the “great new billboards” on Twitter.

On Wednesday, Abbott called on Texans to sign a pledge against defunding the state’s police departments, saying in an attached video such a “reckless” decision "invites crime into our communities."

Last month, Abbott and Patrick introduced legislation that would bar cities that vote to defund their police departments from increasing property taxes.

"Cities that endanger residents by reducing law enforcement should not then be able to turn around and go back and get more property tax dollars,” Abbott said.

Abbott said that such cities were “more focused on political agendas than public safety.”

In August, the city of Austin announced it would be the latest city to divert funding from its police department. The City Council unanimously approved a proposal to cut the police budget by $150 million, about 34 percent of its current total, and reinvest in other resources.

Of that $150 million, $21 million would be invested in emergency medical services, domestic violence shelters and programs for the homeless.

About another $80 million will go into a “Decouple Fund” that will transfer many civilian services, like forensic sciences and victim services, outside of the police department.

The rest of the money, about $49 million, will go into a “Reimagine Safety Fund,” the goal of which “is to divert dollars from the fund toward alternative forms of public safety and community support, through the yearlong reimagining process.”

The city has struggled to control crime, violence and homelessness, and the mayor and council disregarded the safety of the capital, the people who live there and the guests who visit, Paxton claimed.

Despite these claims, Austin officials have defended the moves.

"This budget responds to concerns expressed all over the community and embodies our values as a city. New investment is focused on the underlying causes of crime," Austin Mayor Steve Adler wrote on Twitter last month.

Adler told CBS News that Austin is the safest big city in Texas.

"I mean you could have a 50% increase in homicides in Austin and you still wouldn't get up to where Fort Worth is, a smaller city than we are," the mayor said.

Paxton said last weekend that the governor is considering legislation that would put Austin police under state control to protect against defunding.

"That makes little to no sense and makes our city less safe," Paxton said on "Fox & Friends Weekend," adding: "We can fund the police in a way that will keep the city safe, which is what we all want."