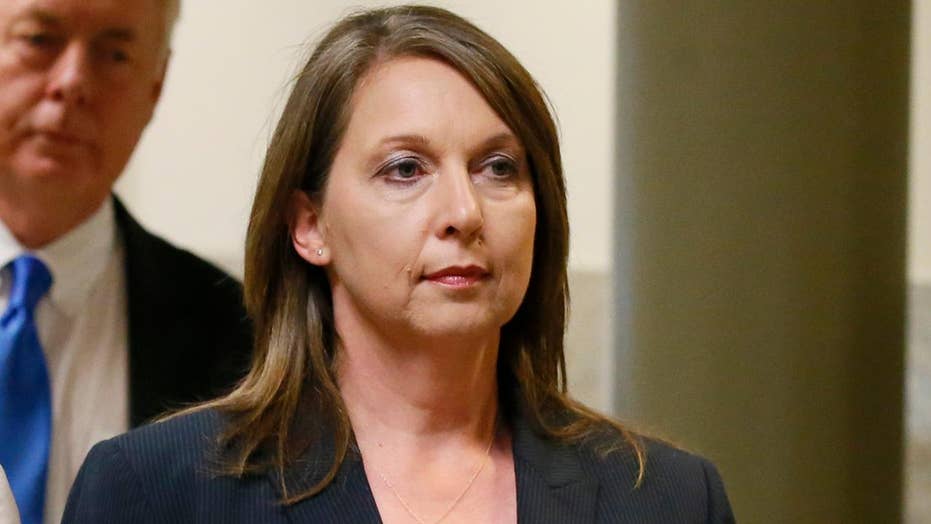 A jury on Wednesday acquitted a white Oklahoma police officer who shot and killed an unarmed black man last year, sparking outrage from the man's family and supporters.

Tulsa Officer Betty Jo Shelby said she shot 40-year-old Terence Crutcher out of fear because he didn't obey commands to lie on the ground and appeared to reach inside his SUV for what she thought was a gun.

However, Crutcher's father, the Rev. Joey Crutcher, said in no uncertain terms: "Let it be known that I believe in my heart that Betty Shelby got away with murder."

Jurors reached their verdict after deliberating for just over nine hours.

A lawyer for Shelby said the officer was "elated" that the jury found her not guilty. "She's ready to get back to her life," defense attorney Shannon McMurray said.

The shooting unfolded on Sept. 16 of last year. Shelby said while she was headed to a different call, she encountered Crutcher near his SUV as it was stopped in the middle of a two-lane road. The officer testified that he refused to follow her commands -- and after he reached his hands into the SUV's open window, she fired.

Prosecutors told jurors that Shelby overreacted, arguing that Crutcher had his hands in the air and wasn't combative. Dashcam video showed the man falling to the ground shortly after he appeared to reach into the SUV.

Protesters briefly blocked a street outside the courthouse after the jury announced its verdict, shouting "No justice, no peace," and "Hands up, don't shoot." They also marched to the hotel where the officer was believed to be staying, Fox 23 reported.

"As I’ve said all along, the Tulsa Police Department is committed to protecting the rights of protesters in our community," Police Chief Chuck Jordan said at a news conference Thursday. "We’ve had our failings, we understand that. We’re committed, absolutely, to ensure trust and cooperation with our community."

"We recognize that the issue of racial disparity in Tulsa is the great moral issue of our time in this community," Mayor G.T. Bynum added, noting the divide within the community. "We can’t work to address it until we acknowledge it exists. We have a long way to go as a city when one part of our city is synonymous with an entire race."

"I ask Oklahomans to respect our criminal justice system and especially the jurors, who heard the evidence from both sides in this case. Those who disagree with the verdict have the right to express their opinions; I just ask that they do so in a peaceful manner. I appeal to Tulsans and others to remain calm. Our thoughts and prayers should be with the Terence Crutcher and Betty Shelby families during this difficult time," Gov. Mary Fallin responded.

An autopsy found Crutcher had PCP -- a drug that can trigger hallucinations -- in his system when he died. His wife said that was irrelevant to the case.

The defense attacked prosecutors for charging Shelby with first-degree manslaughter just six days after the shooting, saying the case was rushed.

The shooting was among several officer-involved shootings in recent years that helped galvanize the Black Lives Matter movement and prompted calls for more police accountability.