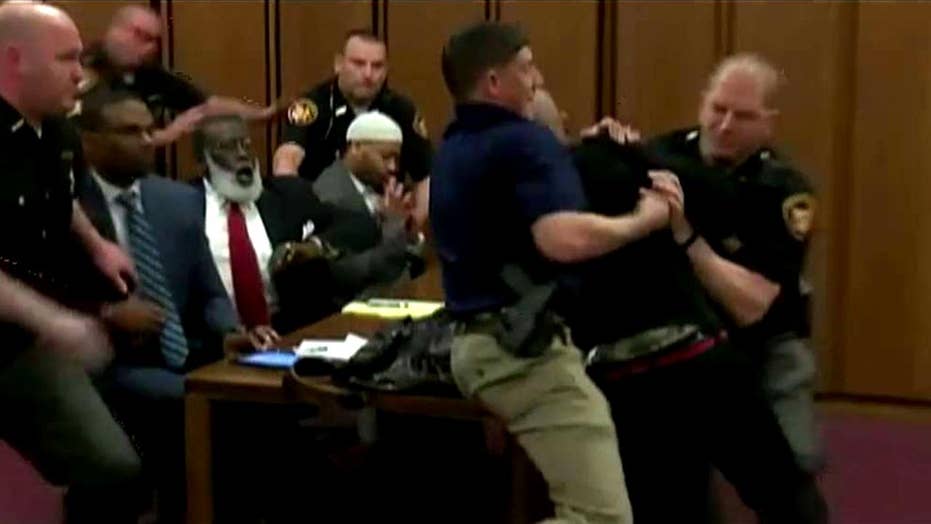 Family member of murder victim lunges at killer in court

CLEVELAND – The brother of a victim in a quintuple homicide had to be dragged by deputies from a Cleveland courtroom after trying to attack a defendant who had pleaded guilty in the fatal shootings to avoid a possible death sentence.

Twenty-one-year-old James Sparks-Henderson entered guilty pleas to aggravated murder and other charges Wednesday in the November 2014 slayings at a home in Cleveland. A judge sentenced him to five consecutive life prison terms.

Johnson's brother lunged at Sparks-Henderson after telling him he was glad he'd suffer in prison every day for the rest of his life.