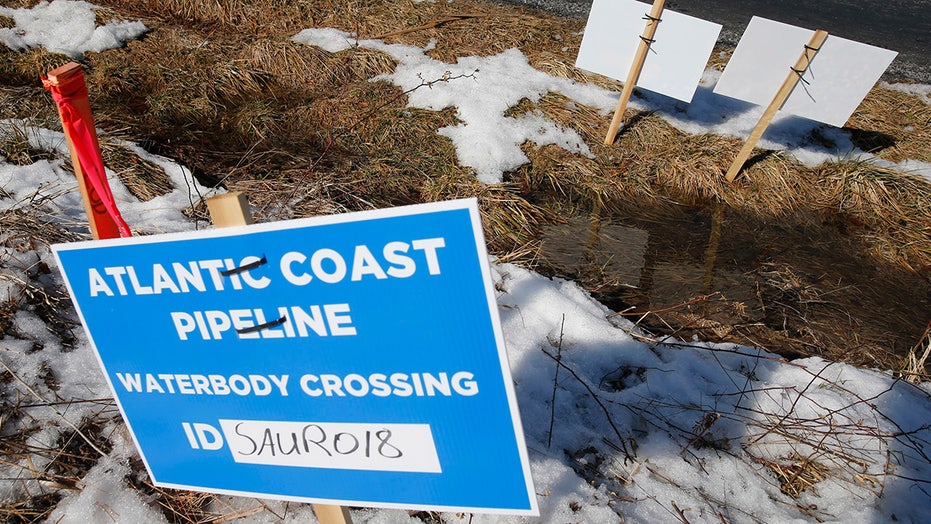 The Supreme Court began hearing arguments Monday on the case that will determine the fate of the Atlantic Coast Pipeline – a 600-mile natural gas project would begin in West Virginia and stretch through Virginia and North Carolina.

A December ruling by the 4th U.S. Circuit Court of Appeals said the U.S. Forest Service was not authorized to grant an $8 billion pipeline permit to Dominion Energy Inc., allowing for the natural gas project to cross the Appalachian Trail, West Virginia Public Radio reported.

Chief Justice John Roberts appeared to back the permit in oral arguments in Washington Monday, claiming a ruling in favor of environmental groups would create an “impermeable barrier” along the 2,200-mile-long historic hiking route, Bloomberg reported. The Appalachian Trail, which extends down the East Coast from Maine to Georgia, is on federal land and is a unit of the National Park Service.

Construction on the Atlantic Coast Pipeline, developed by Dominion with Duke Energy Corp., was scheduled to begin in mid-2020 and finish by the end of 2021. It was to transport 1.5 billion cubic feet of gas per day from the Marcellus shale basin in West Virginia to customers in North Carolina and Virginia.

Backed by the Trump administration,  Dominion Energy and Duke Energy asked the high court to overturn a lower court that threw out a permit for the pipeline to cross two national forests, including parts of the Appalachian Trail. Lawyers for Dominion and U.S. Solicitor General Noel Francisco argued in legal briefs that the U.S. Forest Service has jurisdiction over land in the George Washington National Forest, where a 0.1-mile segment of the pipeline would cross about 700 feet beneath the Appalachian Trail.

Signs that mark the route of the Atlantic Coast Pipeline in Deerfield, Va. The U.S. Supreme Court is set to wade into a long-running battle between developers of the 605-mile natural gas pipeline and environmental groups who oppose the pipeline crossing the storied Appalachian Trail. On Monday, Feb. 24, 2020, the high court will hear arguments on a critical permit needed by developers of the Atlantic Coast Pipeline. (AP Photo/Steve Helber)

But the Sierra Club and other environmental groups claim that because the Appalachian Trail is considered a unit of the National Park System, no federal agency can grant a right-of-way for the pipeline. Only Congress can approve such a crossing, they argue.

“We think that the 4th Circuit clearly erred,” Morrisey, said in a recent press conference. “You cannot set up literally an impenetrable federal barrier to economic development, not only under our constitution or a law, but under the statutes, the Mineral Leasing Act.”

Jan. 8, 2019: Protesters hold signs as they turn their backs on a meeting of the Virginia State Air Quality Control Board in Richmond, Va. The U.S. Supreme Court is set to wade into a long-running battle between developers of a 605-mile natural gas pipeline and environmental groups who oppose the pipeline crossing the storied Appalachian Trail. On Monday, Feb. 24, 2020, the high court will hear arguments on a critical permit needed by developers of the Atlantic Coast Pipeline. (AP Photo/Steve Helber, File)

Under the 1920 U.S. Mineral Leasing Act, the Forest Service has no jurisdiction over “lands in the National Park System.”

The Supreme Court is expected to hand down a decision on the case in upcoming months, KYTX reported. If the decision sides with environmental groups, the Atlantic Coast Pipeline may be rerouted not to cross over the Appalachian Trail.