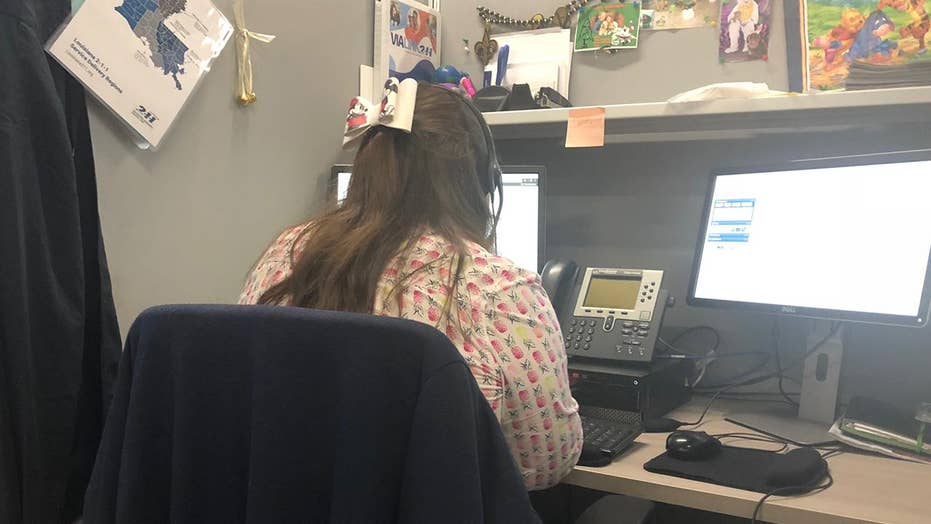 JACKSON, Miss. – As suicides are on the rise, the organizations designed to help those contemplating ending their lives are struggling.

At least two dozen local suicide prevention networks have shut down the past five years because of a lack of funding. Some states struggling with budget cuts, including Minnesota and Wyoming, have stopped funding suicide hotlines. And private funding for these hotlines has started to run dry.

“National Suicide Prevention Lifeline will tell you that they are experiencing at least a 30 percent increase in calls to the line. But the funding has not changed for them nor the number of centers answering the calls,” LaVondra Dobbs, CEO of ViaLink, a non-profit in New Orleans that offers crisis support through the National Suicide Prevention Lifeline. “That puts it on centers like us to handle more calls, which is a strain because the lifeline only provides a $1,500 a year stipend. $1,500 and it's up to the centers and that network to then find the funds to provide that service.”

ViaLink coordinators talk as a crisis counselor offers help over the phone.

The National Lifeline has more than 150 non-profits in its network that take calls that are rerouted by area code through 1-800-273-TALK.

The struggle to keep the hotlines open comes as suicide rates are on the rise.

According to a study released by the Center for Disease Control and Prevention, which tracked suicides rates state by state between 1996 and 2016, every state, except for Nevada, saw an increase in suicide deaths. In 2016 alone, nearly 45,000 people nationwide — age 10 or older, died by killing themselves.

That number jumped to more than 47,000 in 2017, according to the American Foundation for Suicide Prevention. The foundation estimates there were 1.3 million suicide attempts in the same year.

Via Link was at the brink of closure last year because of a lack of funding. The state ended up stepping in and giving it $500,000 for operating costs.

In Minnesota, the state pulled funding from Canvas Health, which was also part of the National Lifeline network, last June. The non-profit has since pulled the plug on its crisis line. Callers in the state now are rerouted to a national backup center with waits as long as 45 minutes.

BOY, 10, KILLS HIMSELF AFTER BEING BULLIED FOR WEARING COLOSTOMY BAG: MOM

“We are disappointed that these crisis services will not be funded by the state,” Canvas Health, CEO Matt Eastwood said in blog post on Canvas Health’s website. “Our primary concern is for the health and safety of Minnesotans who rely on Crisis Connection as a lifeline during difficult times.”

The National Lifeline provides non-profits in its network a yearly stipend of $1,500, which barely covers costs. Many depend on grants and donations to finance its operations.

Teresa Mosley, chairman of the Mississippi Board of Mental Health, lost her own daughter to suicide. Elisabeth was 15 and suffered from anxiety and depression when she took her life in 2006.

“It was hard at the age of 15 to decide whether this was truly a mental health issue or if it was normal teenage angst,” Mosley said as she recalled signs her daughter exhibited.

Not long after Elisabeth’s death, two of her friends shared with Mosley that Elisabeth had told them she was contemplating suicide. They thought she was just looking for attention. That revelation didn’t make Mosley angry, but it did highlight something for her.

“It is extremely important for people to listen,” she said.

CLINK HERE TO GET THE FOX NEWS APP

Last year, the U.S. Senate unanimously passed legislation crafted by Senators John Kennedy, R- La., and Jack Reed, D-R.I., that increased the National Lifeline’s funding by $2.8 million to $10 million. But the extra funding is expected to go toward administrative costs at the National Lifeline.

Dobbs thinks more could be done.

“At the federal level for crisis line work,” Dobbs said, “definitely triple the current funding so that agencies can adequately staff and answer the calls.”