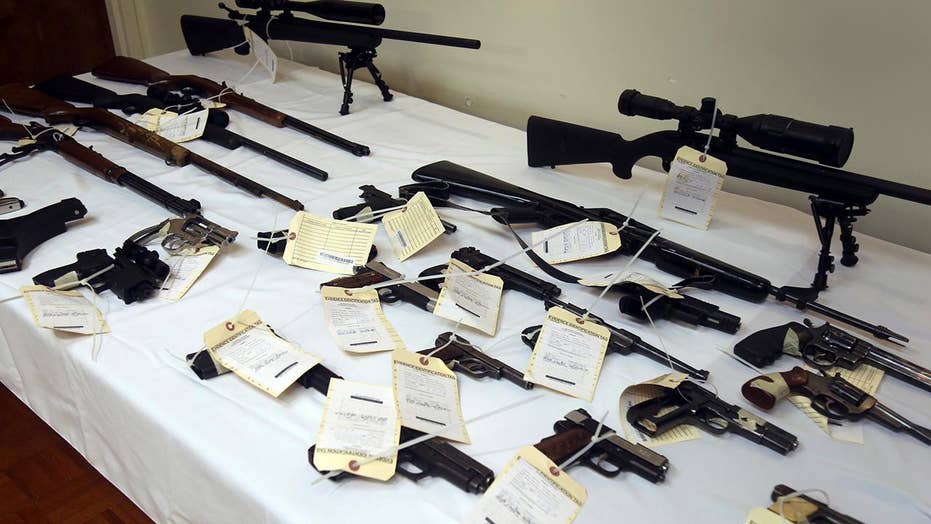 Are more laws the solution to mass shootings?

A widely-popularized study adopted by the Obama administration claiming the U.S. has by far the most mass public shooters in the world has been criticized and dismissed by new research.

John. R. Lott Jr., president of the Crime Prevention Research Center and the author of the new study, has always been skeptical of the research by Adam Lankford, a professor at the University of Alabama, whose work gained special prominence after then-President Barack Obama cited his study in remarks about the San Bernardino attack in December 2015.

John. R. Lott Jr., president of the Crime Prevention Research Center, says Adam Lankford's study is inaccurate and omits a great deal of cases. His new study shows that the U.S. is no different to other Western countries in terms of mass public shooters. (Twitter)

Lott raised alarm bells that Lankford, who found that between 1966 and 2012 the U.S. had 31 percent of public mass shooters in the world despite accounting for less than five percent of the population, did not do diligent research and refused to be transparent about his work, including not sharing his paper with others as he started his media blitz tour promoting the study in 2015.

"Here’s an amazing thing, [Lankford] refuses to provide his list of cases, he refuses to explain exactly how he got it. This is not just some normal academic study – President Obama many times cited this study as a source for his claims."

“Here’s an amazing thing, [Lankford] refuses to provide his list of cases, he refuses to explain exactly how he got it. This is not just some normal academic study – President Obama many times cited this study as a source for his claims. I can’t find any other academic research that’s gotten so much worldwide attention,” Lott told Fox News, adding that people across the world heard about the study.

Despite that, the study became go-to research across the media, with the New York Times and CNN frequently citing it. Just this Wednesday, liberal news site Vox referenced a CNN article that cited Lankford’s work.

Lankford declined an interview request about his study and told Fox News in an email that he’s “not interested in giving any serious thought to John Lott or his claims.”

With little success to stop the myth of mass shootings as a uniquely American problem becoming ingrained across the world, Lott took the matter into his own hands, releasing a comprehensive study this week that debunks Lankford’s claims.

After crunching the numbers, Lott concluded in his study that the U.S. accounts for less than three percent of the world’s mass public shootings over a 15-year period – between 1998 and 2012 – which is significantly lower than what Lankford’s work has shown.

Lott said that he looked at the last 15 years rather than the last 47 years as Lankford did, because it’s nearly impossible to come up with perfectly accurate information about mass public shooters in, for example, Africa in the 1960s.

Compare that with Lankford’s research, which found merely 292 mass public shooters over a 47-year period across the world, with 90 of those in the U.S., per his research.

Lott is committed to transparency about his study, listing every single case used in the research in a massive 451-page appendix of the study. He claims to have used the University of Maryland’s Global Terrorism Database, complimented by additional search tools to find cases that weren’t listed in the dataset.

Of 1,491 mass public shootings reviewed by Lott, only 43 of those were in the U.S. This represents just 2.88 percent of all the cases. In per capita terms, the data put the U.S. below Finland, Norway or Switzerland. It’s still slightly higher than other Western countries such as France, Germany or the United Kingdom.

Police investigate the scene at Jacksonville Landing on Sunday, Aug, 26, after a mass shooting during a Madden Championship Series competition (Will Dickey/Florida Times-Union)

Lankford’s main conclusion of his data was that there’s something in the American culture that makes people commit more public mass shootings than people in other cultures.

For Lott, the actual data shows that the mass shooter problem in the U.S. is far from being a unique American experience. His question remains how the media and a president was able to get away with pushing a botched study published in a “low-rank journal” despite criticism.