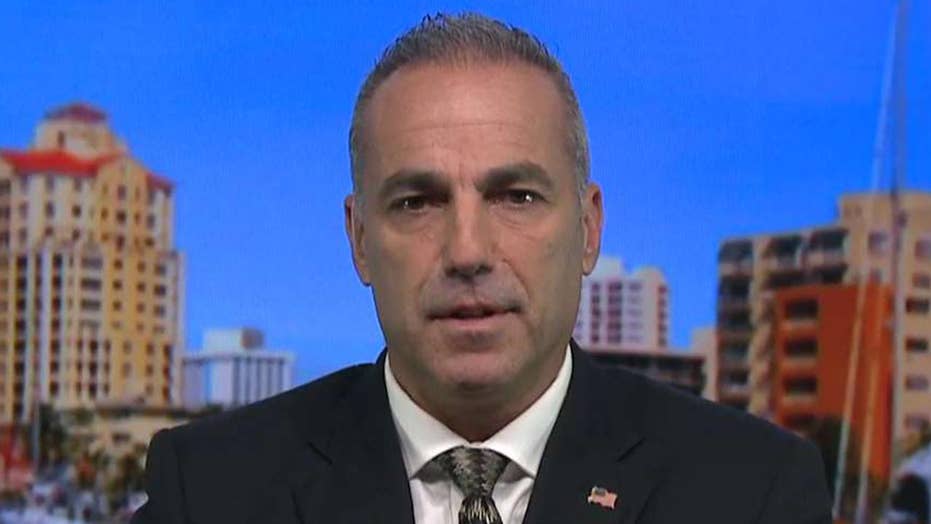 Father of Parkland victim is on a mission to make schools safer after losing his daughter Meadow.

Officials at Marjory Stoneman Douglas High School in Florida are requiring that all students only wear clear backpacks on campus as a new round of safety measures are implemented in Broward County Public Schools.

Superintendent Robert Runcie on Wednesday stated in a letter that the new rules come amid recent "inquiries regarding the District’s efforts to fortify school campuses and enhance safety protocols."

In addition to students having to wear clear backpacks, which the Miami Herald reported will be provided by the school district, students must also wear identification badges while on the Stoneman Douglas campus.

Following the Feb. 14 massacre carried out by Nikolas Cruz, a former student, one teacher said an email had circulated among staff letting them know Cruz should not be permitted to wear a backpack on school grounds.

Other safety measures to be enacted include locking classroom doors "at all times," securing outside doors and gates often, and "conducting emergency preparedness and response training for faculty, staff and students on a regular basis."

"Code red" active shooter trainings will continue to be conducted, although the "protocols and frequency" of the drills will soon be evaluated with law enforcement, and the school district's security camera system will be upgraded throughout Broward County.

The new rules will take effect during the first week of April, when students return from spring break.

The letter cited the recent school safety bill, signed by Florida Gov. Rick Scott, as the reason such safety measures can now be afforded to the school district. The bill allocated $400 million to benefit school safety and mental health measures.

The bill, Runcie's letter stated, will also provide Broward County schools with $8.5 million to position at least one school resource officer at each school beginning in the next school year.

The Herald reported that the school district is also "exploring options for consolidating points of entry for students and staff to include utilizing metal-detecting wands and potentially installing permanent metal detectors."

The letter came a day after Deputy Moises Carotti, of the Broward County Sheriff's Office, was suspended after allegedly being caught sleeping in his car while he was supposed to be patrolling the 1200 building of Stoneman Douglas.

After the reported suspension, Gov. Scott offered to send eight Florida Highway Patrol officers to the high school for extra security — an offer the district accepted.