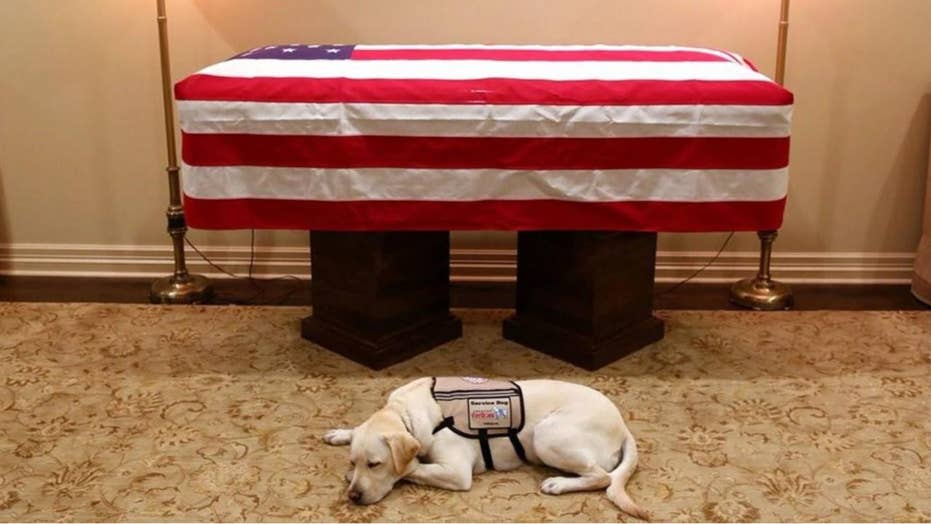 A bronze, life-sized statue of Sully, the service dog for the late President George H.W. Bush, will be dedicated to his presidential library in Texas next month.

The monument will be unveiled on Dec. 2 in the George H.W. Bush Presidential Library and Museum in College Station, Texas, according to America's VetDogs, which commissioned the statue and trains service dogs for disabled veterans.

Sully will be featured in a sitting position holding a leash in his mouth, which depicts the "retrieve" command, and will be wearing a VetDog's service vest with the Great Seal of the United States on its back. The statue will be placed in the east wing of the Bush library at Texas A&M University.

“I fell in love with Sully and wanted to capture in life-size bronze the beautiful loyalty and bond that our beloved president inspired in him and that was forever seared in our memories,” said Susan Bahary, a California-based sculptor tasked to create the statue.

"I feel Sully helps honor the president’s legacy, wonderful groups like America’s VetDogs, and raises awareness of all types of service animals," she added.

The 3-year-old labrador assisted Bush during the last six months of his life before his passing in November 2018 at age 94. The dog gained widespread notoriety after he was photographed next to Bush's casket.

“Sully is an outstanding ambassador for the life-changing work our specially-trained dogs provide to our nation’s veterans and first responders with disabilities,” said John Miller, president and CEO of America’s VetDogs,