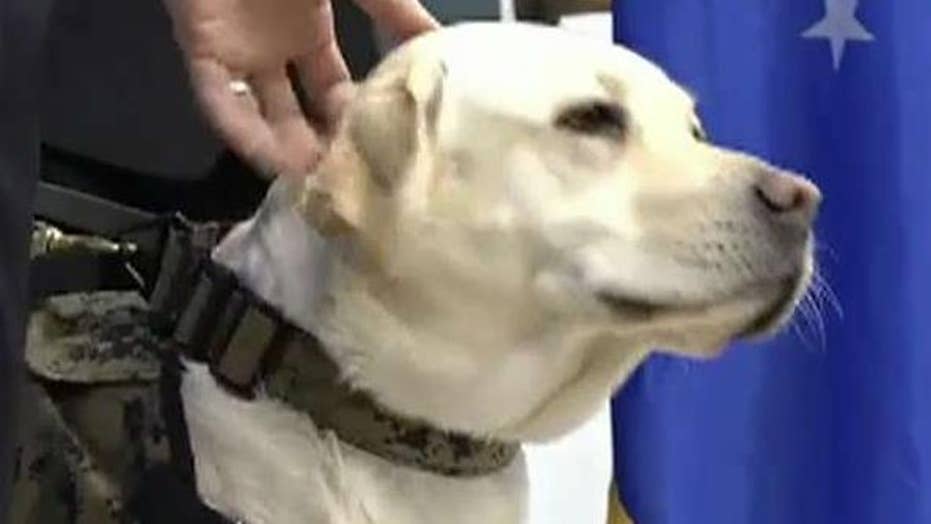 Officials at the Maryland facility welcomed Sully to their dog program, which seeks to aid wounded veterans.

The 2-year-old pooch was read a “personalized oath of enlistment” during the event, which was shared on the Walter Reed Facebook page.

To a round of applause, Sully sealed the deal with a shake of his paw, promising to “support, comfort and cheer warriors and their families, active duty and retired.” He’s now considered a Navy hospital corpsman second class.

“It’s an honor and privilege to join a wonderful group of dogs at @WRNMMC and I look forward to continue my mission to serve veterans as my best friend wanted me to,” a post on Sully’s Instagram page read, beneath a photo from the event.