Sully, the service dog who accompanied George H.W. Bush during the former president's final months, will be traveling with Bush's casket on his flight to Washington on Monday, a source told Fox News.

Former President George W. Bush later “regrammed” the photo on his own Instagram, noting: “As much as our family is going to miss this dog, we’re comforted to know he’ll bring the same joy to his new home, Walter Reed,” the military hospital in Bethesda, Maryland.

Bush aide Evan Sisley, at the time, said the dog can open doors, pick up items and summon help, but that “more than anything else the dog will be a wonderful companion.” 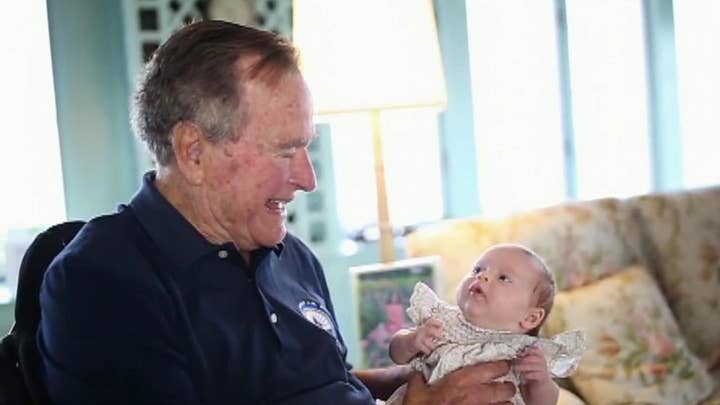 The body of the former president, who died Friday at age 94, is to be transported by a motorcade Monday morning from a Houston funeral home to Ellington Field Joint Reserve Base, a Texas Air National Guard base. The casket will be loaded onto a plane and flown to Joint Base Andrews in Maryland, according to officials.