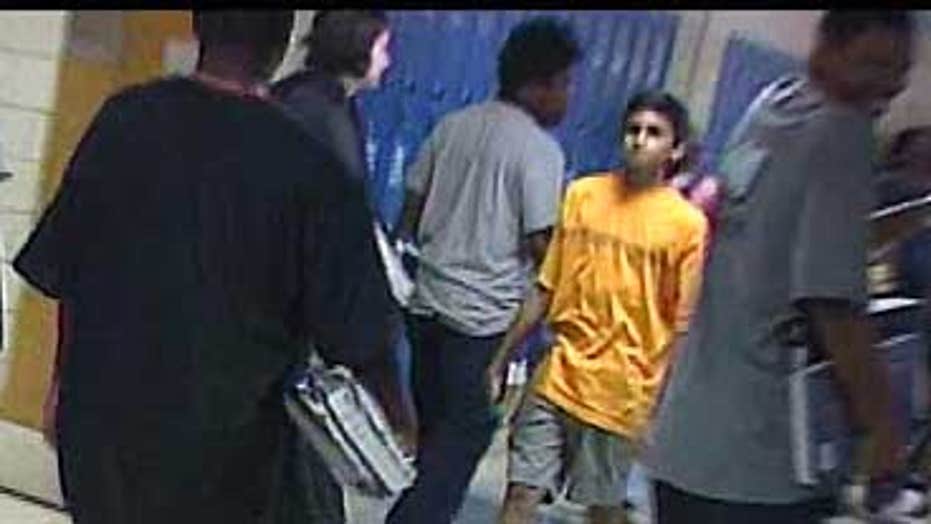 John Stalmach was a teacher at Jack Dailey Elementary School in Las Vegas in 2012 when he was arrested on allegations of engaging in group sex with a 16-year-old student from a nearby high school.

Instead of being fired from his teaching job, however, officials at the Clark County School District allowed Stalmach to resign from his post at Dailey Elementary, have the incident kept off his personnel file and be transferred to another elementary school, according to the Las Vegas Review-Journal.

Stalmach isn’t the only teacher in Clark County – or across the nation, for that matter – who has had allegations of sexual misconduct swept under the rug. Since July 2016, two other teachers with a history of inappropriate behavior were arrested for sexual deviances with students, but were allowed to remain teaching at other schools as part of a practice known as “passing the trash.”

While the reasons these teachers are allowed to continue working in classrooms after their arrests are many – school district’s contracts with teachers unions, loopholes in background checks and deficient employee training are just a few – activists and politicians have in recent years started pushing for mandates that would prohibit the practice of “passing the trash.”

“The goal is to prevent predators from gaining access to children in schools,” Terri Miller, the president of S.E.S.A.M.E. (Stop Educator Abuse Misconduct and Exploitation), an organization dedicated to the prevention of sexual abuse by school employees, told Fox News in an email.

The effort to prevent sexual abuse by teachers made national headlines when former President Barack Obama signed the Every Students Succeeds Act (ESSA) in late 2015. As part of a replacement to the previous No Child Left Behind Act, ESSA included a provision in Section 8038 called “Prohibition on Aiding and Abetting Sexual Abuse,” which basically prevent school employees who have engaged in sexual misconduct with students from being sent from one school district to another.

But before the federal mandate came into play, a number of states began cracking down on “passing the trash.”

Pennsylvania became one of the first states to put a ban on “passing the trash” when then-Gov. Tom Corbett signed a bill requiring schools to find out whether the prospective hire was investigated, disciplined, fired or resigned over allegations of abuse or sexual misconduct.

Before the bill was enacted, a 2013 analysis by the Pittsburgh Tribune-Review found that at least three of the 293 teachers disciplined between 2011 and 2013 were hired by other Pennsylvania districts while under investigation for alleged misconduct. Background checks did not pick up flags because, as no charges were filed, there was no record of the arrest and charge.

Other states have since followed suit, with Washington, Missouri, Oregon, Nevada and Connecticut all adopting similar legislation. Massachusetts and New Jersey currently have similar bills circulating through their statehouses.

“In our opinion, these laws are in response to abuse that has already occurred,” Miller said. “States that require reporting of offenders as well as conduct full employment history reviews are addressing the problem from the front end of abuse as well as post abuse.”

Texas and Oklahoma have both strengthened their reporting laws, but still do not prohibit confidentiality agreements and collective bargaining contract clauses.

Miller and other advocates argue that these confidentiality agreements and collective bargaining contract clauses that school districts agree to with teachers unions help conceal sexual misconduct and protect teachers who carry out the abuse.

High school students in a classroom of a Texas school. (AP Photo/Eric Gay)

Many union officials across the country balk at this claim and say that without the agreements and contract clauses teachers can be unjustly accused of crimes they did not commit and loss their jobs.

“We represent 18,000 licensed professionals, and there’s 320,000 kids and there’s a lot of unfounded accusations that fly back and forth,” John Vellardita, the executive director of the Clark County Education Association, told the Las Vegas Review-Journal. “And without a due process that tries to essentially determine what’s fact from non-fact, anything that’s placed in anybody’s file that’s not based on any kind of findings of evidence shouldn’t be there.”

Lawyers involved in these sexual misconduct cases assert that these contract clauses – and the fear of litigation due to wrongful termination – are reasons why “passing the trash” has been standard operating procedure in U.S. public schools.

“My sense of it is, that’s a principle component in the manner in which these cases are not aggressively pursued,” attorney Don Campbell, who represented the 16-year-old student in the Stalmach case, told the Review-Journal. “That they feel that the unions have too much power or they have too much money or they’ll throw too much shade at them through litigation.”