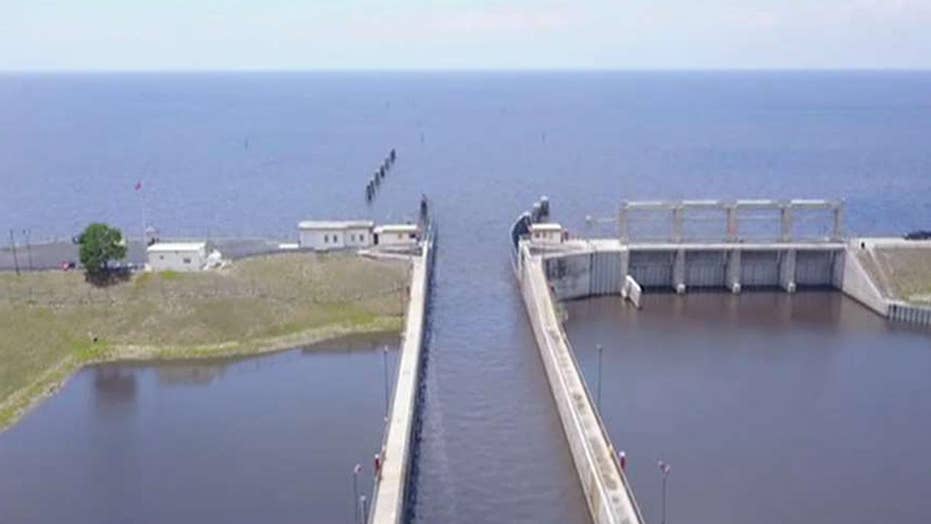 Douglas Kennedy reports from Lake Okeechobee on the system failures and restoration plan.

It seemed like a good idea 60 years ago. A dam and levee system was created at Lake Okeechobee, the largest freshwater lake in Florida, to keep South Florida dry, and encourage development.

Take Mike Holliday, a fishing guide and angler, who goes out to what’s known as the Crossroads, where the St. Lucie River meets the Indian River—the Intracoastal Waterway to the south, and the ocean. Holliday has been fishing at the mouth of the St. Lucie in Stuart, Fla. for decades, but his and others’ recreation is threatened these days every time there’s a major storm. The algae bloom and the fish die.

All the marine species leave and then the water's so dirty it's almost difficult to navigate.

“All the marine species leave,” Holliday said, “and then the water’s so dirty it’s almost difficult to navigate.”

This is because the storm water is unnaturally trapped by the dam and levee system, sending too much fresh water to the St. Lucie and the Atlantic. In another direction, the very same process has led to the drying out of Everglades wetlands to the south, which has affected both the quality and availability of drinking water from Miami to Palm Beach.

And if that’s not enough, the whole system is presently in danger of failing, which could cause catastrophic flooding. People in the area still remember disastrous hurricanes decades ago, which not only caused massive property damage, but cost many lives. A modern-day breach has similar potential to wreak havoc.

John Campbell, acting chief at the corporate communications office of the U.S. Army Corps of Engineers in Jacksonville, supports an infrastructure plan to fix the levee system and solve all these problems. It would send the excess water south, back to the Everglades, rather than shunting it east toward Stuart.

It’s a complex plan, with 68 different infrastructure project, including new canals and levees.

“The intent of the restoration plan is to keep the same level of flood risk reduction for the people that live and work in South Florida,” Campbell said, “while at the same time making the system more environmentally friendly so that there's not as many impacts to the environment.”

The state of Florida has already pledged half the $16 billion price tag. They’re hoping to get the other half from the Trump administration.

Certainly, Holliday would be grateful.

“Nature made a system that worked,” Holliday said, “And we've diverted the water to the detriment of our estuaries. Return it to how it was.”