Good morning and welcome to Fox News First. Here's what you need to know as you start the new work week ... 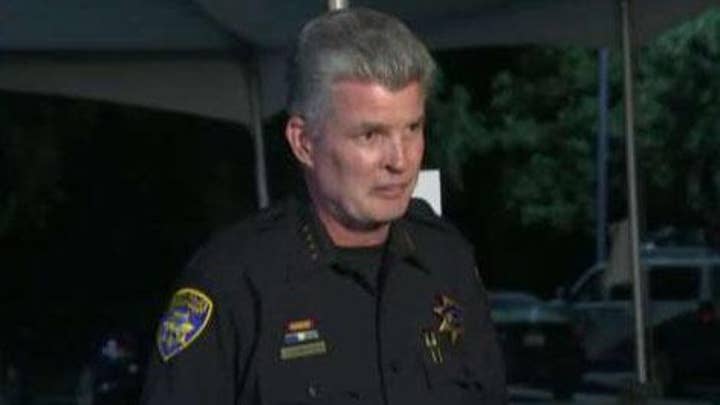 Four people, including gunman, killed, 15 injured in shooting at food festival; search for possible second suspect
At least one gunman opened fire Sunday at Northern California’s Gilroy Garlic Festival, killing at least three and injuring 15, before being fatally shot by police. Authgorities are searching for a possible second suspect. The gunman, whose name has not been released, was killed by police who were stationed nearby and responded in less than a minute after the initial shot was fired, a police official said. The shooting rampage began at 5:41 p.m. local time on the north side of the festival, Chief of Police Scot Smithee said at a press conference late Sunday. Smithee said the gunman gained access to the festival by cutting through a fence. He said some witnesses reported a second suspect, but police could not immediately confirm those reports. Still, the search is ongoing for the possible second suspect. 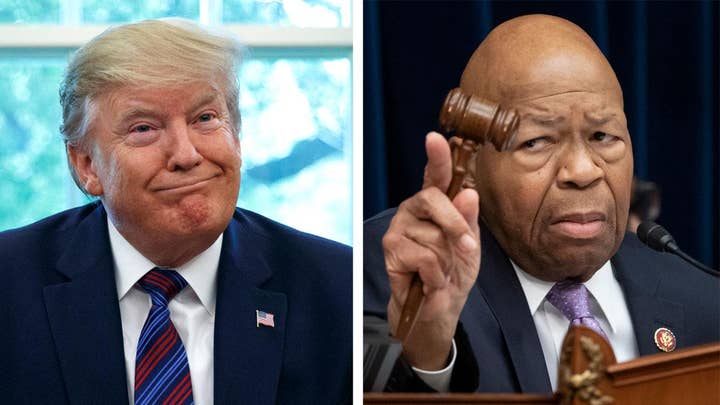 Allegations of racism fly as war of words between Trump, Cummings and Pelosi escalates
House Oversight Committee Chairman Elijah Cummings, D-Md., was the subject of President Trump's wrath this weekend, as the president called the veteran congressman a bully and a racist and attacked his leadership of his district in Baltimore. On Saturday, Trump called Cummings a “brutal bully” over Twitter for how he spoke to border patrol officials. Trump said the congressman’s Baltimore district was in “FAR WORSE” shape than the situation at the southern border. That rebuke resulted in claims of racism from Democrats, including House Speaker Nancy Pelosi. Trump hit back, citing claims of racism against Pelosi from some progressive Democrats -- a reference to Pelosi's problems with the "Squad" (Reps. Alexandria Ocasio-Cortez, Ilhan Omar, Rashida Tlaib and Ayanna Pressley).

Dan Coats to step down as director of national intelligence, Trump nominates staunch ally to replace him
Dan Coats will be stepping down as director of national intelligence next month, and President Trump has nominated Texas GOP Rep. John Ratcliffe, a strong White House ally, to replace him. Coats will be leaving his office Aug, 15. His departure follows months of speculation and public spats between the president and the intelligence community. Coats frequently appeared out of step with Trump during his two-year tenure, and their frayed relationship reflected broader divisions between the president and the government's intelligence agencies. 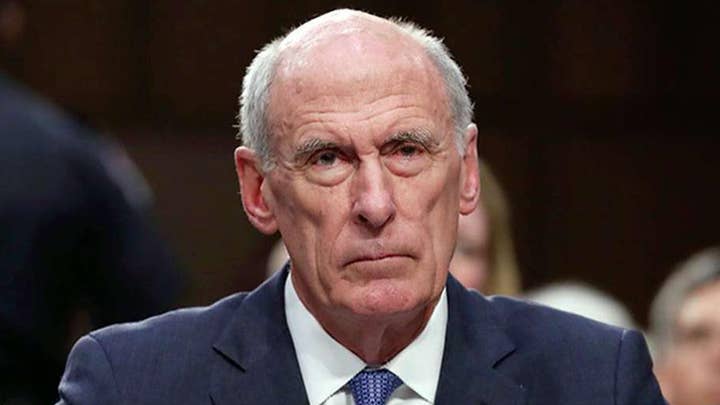 Ratcliffe has been well-versed in the intelligence community after driving key sections of ongoing Republican-led probes into apparent Foreign Intelligence Surveillance Act (FISA) abuses by the FBI and Justice Department, Fox News is told. He was one of the key Republican lawmakers who grilled former Special Counsel Robert Mueller during his hearings last week. His nomination prompted immediate outrage from many top Democrats who accused the president of seeking to appoint a blindly loyal yes-man to the key post.

Security camera images of Kam McLeod, 19, and Bryer Schmegelsky, 18, are displayed during a news conference in Surrey, British Columbia, Tuesday, July 23, 2019. The two young men, thought to be missing, are now suspects in the murders of an American woman and her Australian boyfriend as well as the death of another man in northern British Columbia, Canadian police said Tuesday. (Darryl Dyck/The Canadian Press via AP)

Lockdown in Canada after possible sighting of murder suspects
Officers were swarming a community in the Canadian province of Manitoba on Sunday after a possible sighting of the two teens suspected of at least three slayings – including the killings of an American woman and her Australian boyfriend, police said. Authorities told residents in the area to stay inside an make sure their doors are locked at home. Chief Leroy Constant with York Factory First Nation said Royal Canadian Mounted Police (RCMP) would be conducting a search for Kam McLeod and Bryer Schmegelsky “in our community of York Landing” after a “possible sighting” around a landfill on Sunday night.

Marianne Williamson looking for respect on Democrat debate stage on Tuesday
Marianne Williamson, a 2020 Democratic hopeful, said she hopes to be taken more seriously as a candidate on this week’s debate stage after her first debate left her on the receiving end of online jokes and memes. Williamson had vowed to beat President Trump with a politics of "love." In an interview published Sunday, the  best-selling author and Oprah Winfrey’s spiritual adviser, said she was satisfied with the substance of her message but admitted "my delivery made me vulnerable to mockery.” Still, Williamson said she plans to “just be myself” during Tuesday’s debate in Detroit.

TODAY'S MUST-READS
Papadopoulos to head to Greece to retrieve $10G payment, says it was intended to entrap him.
Kelly McGillis says she wasn't asked to return for 'Top Gun: Maverick.'
Mom buys all shoes in closing Payless store to donate to kids in need.

MINDING YOUR BUSINESS
T-Mobile, Sprint marriage on its way down the aisle after long-haul merger talks: Here's how it began.
Insurance company pays for baby's $2 million treatment, after millionaire, others help.
Southern California home sales see record drop in prices, Hamptons not far behind. 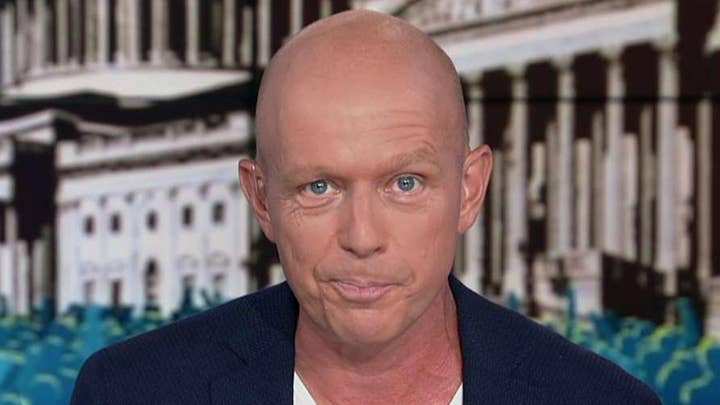 Steve Hilton argues on "The Next Revolution" that on immigration, Democrats truly are the party of the 1 percent.