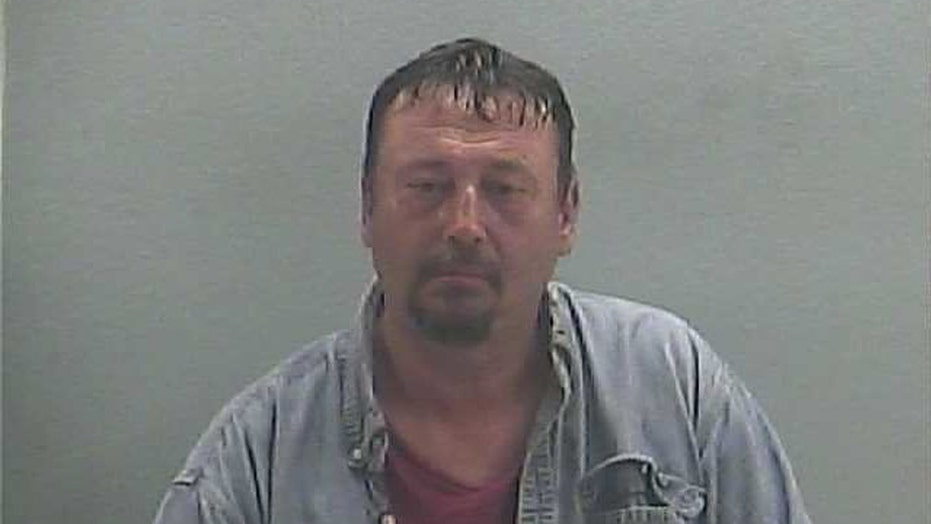 A convicted child rapist prompted Arkansas officials Monday to issue a public warning and rearrest him soon after his release from a hospital where he threatened to "rape the first woman he sees" once he got out, authorities said.

The Hempstead County Sheriff's Office said in a Facebook post that John Mark West, 38, was arrested for making terroristic threats and disorderly conduct only hours after his hospital release.

West, a level 3 sex offender, was originally arrested by police in Hope on April 26 for disorderly conduct before being transported to a mental hospital for evaluation. West, who was convicted in 1996 and served jail time for the rape of a 4-year-old girl, told officials he was homeless and lived in Hope, Arkansas.

The sheriff’s department said that hospital officials informed them that West would be released back to Hempstead County on Monday.

John Mark West was arrested hours after his release from a Little Rock hospital after he allegedly told hospital staff that we would "rape the first woman he sees." (Hempstead County Sheriff's Office)

"West apparently suffers from mental illness and is stable while on medication," police said in a warning to the public. "He is telling the hospital personnel that he will not stay on his medication when he walks out of the hospital."

West told the hospital staff he would "rape the first woman he sees" so he could come back to the Arkansas Department of Corrections, Hempstead County Sheriff James Singleton said.

"West reported that he has previously had command hallucinations that told him to rape a woman," according to Singleton.

Hours after the sheriff's office put a warning out to the public to contact 911 if West was seen, officials announced he had been arrested by Hempstead County deputies.

West was taken to the Hempstead County Detention Center, where he is being held on the original charge brought by Hope Police last week until ordered released by the court.

Law enforcement officials told the Texarkana Gazette they will review West's criminal history, and determine if any charges will be filed against him.

"He has a history of several criminal charges," Singleton said to the newspaper. "A level-3 sexual offender is one level below being the worse level of sexual offender. I'm glad we've got him in custody. It was a firestorm Monday with people upset he was here. I never heard of the guy until Monday."