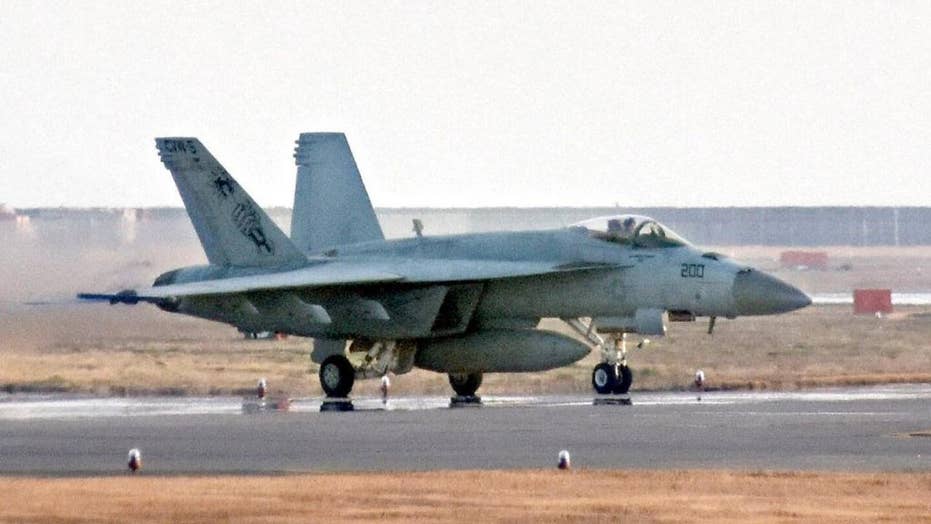 A crew member rescued in the waters near Japan where two Marine Corps aircraft collided during a training exercise has died. Five remain missing; 1 rescued crew member is listed in fair condition.

The announcement of the death comes amid a frantic search for five other crew members who remain missing. Another Marine who was rescued is listed in fair condition.

The Marines said an F/A-18 fighter jet and a KC-130 refueling aircraft collided and crashed during training around 2 a.m. Thursday. The planes took off from their base in Iwakuni, near Hiroshima, and the crash occurred about 200 miles off the Japan coast.

“As to what was taking place when the mishap occurred, that is under investigation,” Maj. Eric Flanagan, a Marine Corps spokesman, told Fox News.

There were two crew members in the F/A-18 and five in the KC-130 at the time of the incident.

The crash is the 21st non-combat military crash in 2018, surpassing 20 such disasters in 2017, and only the latest in a recent series of accidents involving members of the U.S. military deployed to and near Japan.

Last month, a U.S. Navy F/A-18 Hornet from the aircraft carrier USS Ronald Reagan crashed into the sea southwest of Japan's southern island of Okinawa, though its two pilots were rescued safely. In mid-October, a MH-60 Seahawk also belonging to the Ronald Reagan crashed off the Philippine Sea shortly after takeoff, causing non-fatal injuries to a dozen sailors.

More than 50,000 U.S. troops are based in Japan under the bilateral security pact.

Fox News’ Lucas Tomlinson and Greg Norman and the Associated Press contributed to this report.