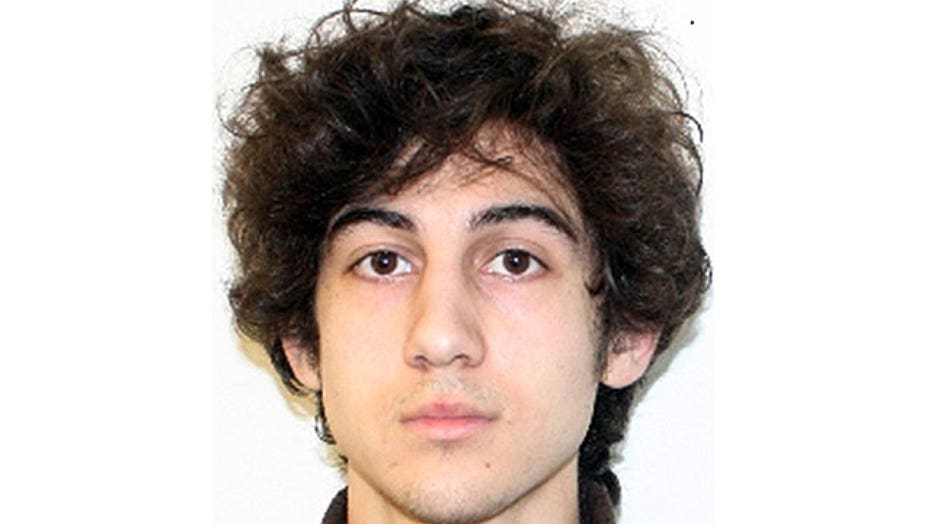 My parents' encounter with bombing 'Suspect No. 2'

Son of residents whose home and boat became the center of the final, tense standoff between police and Dzhokhar Tsarnaev speaks out

The teenage bombing suspect who was captured Friday night hiding in a boat in the Watertown neighborhood near Boston reportedly attended a party at two nights after the incident, The Boston Globe reported.

"He was just relaxed," said a student from Umass Dartmouth who saw the suspect, Dzhokhar Tsarnaev, mingling with friends from intramural soccer.

Tsarnaev is registered at the school and the campus sent out an alert on its website Friday saying, "The campus is closed. Individuals on campus should shelter in place unless instructed otherwise."

Several students were interviewed in the report and expressed disbelief that their fellow classmate was a suspect in the Boston Marathon bombing that killed three and injured 176 people.

Pamala Rolon, 22, a senior at the school, told the paper that when images of the suspect first appeared in the media, students made jokes that the person looked similar to Tsarnaev but ‘then we thought it just couldn’t be him. Dzhokhar? Never.’

Sonia Ribeiro, 19, of Boston, was in a philosophy class with Tsarnaev. She also said he was on campus this week, although not in class.

"He was laid back. I would never expect this at all from him," she said.

They were ethnic Chechen brothers who had lived in Dagestan, which neighbors Chechnya in southern Russia. Tamerlan was killed in a shootout with police while Dzhokhar escaped.

Florida Addy, 19, of Lynn, lived on the same dormitory floor as Dzhokhar Tsarnaev last year. She called him "drug" — the Russian word for friend, pronounced "droog" — and said they would sometimes hang out together in his room.

She said she hung out with him and some other Russian students at an apartment in New Bedford, not far from campus. She said they would always speak Russian among themselves.

Addy said Tsarnaev was quiet, friendly and a little mysterious, but in a charming way. He usually wore a hoodie or a white T-shirt and sweatpants, she said.

Addy said she just learned he had a girlfriend who did not attend UMass Dartmouth. The last time she saw him was last week when she bummed a cigarette off him, she said.

Meanwhile, police moved in on Tsarnaev Friday evening after a tip led them to the home on Franklin Street in Watertown, where he apparently had been hiding in the back yard.

Neighbors said they heard more than 30 shots one likened to "a roll of firecrackers shooting off." Police swarmed the scene, and several explosions, possibly police concussion grenades, were heard after a robot moved in on the boat. Less than two hours later, at about 9 p.m., the suspect, believed to have been injured in a wild shootout that spanned Thursday night to Friday morning,  was being taken to Beth Israel Hospital.

No police were injured when shots were fired by the boat.

"We are so grateful to bring justice and to bring closure to this case," Massachsetts State Police Col. Tim Alben said moments later, at a staging area set up down the block from the crime scene. "We have a suspect in custody."