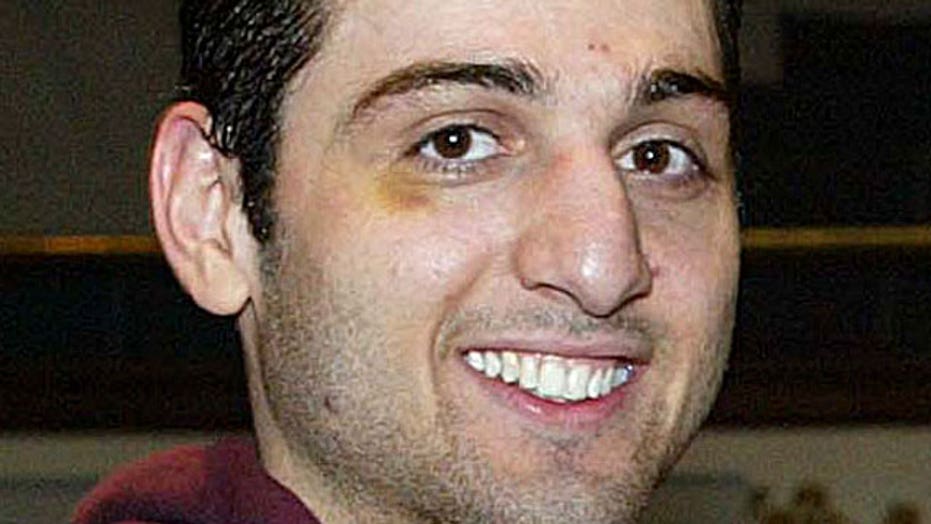 Officials from an unnamed foreign country asked the FBI two years ago to investigate Boston Marathon bombing suspect Tamerlan Tsarnaev because they were concerned that he possibly had “extremist ties,” Fox News has learned.

FBI officials familiar with the request say that they obliged, giving Tsarnaev, who is suspected with his younger brother of planting the bombs that killed three and injured 176, a full “scrubbing” - or background check.

“We did not find anything,” the official told Fox News.

Feds at the time had reported back to the foreign government and told them that their investigation yielded no results, but asked that their foreign counterparts follow up if they had any new information. There was no further action by either nation.

“[Not] in any way, shape or form,” said the official, who added that the FBI closed the case as a result.

Tamerlan, who was originally identified by officials as Suspect No. 1 on Thursday, was killed early Friday morning during a gun battle with police in Watertown, Mass.

He and his 19-year-old brother, Dzhokhar Tsarnaev, are Chechen Muslims and authorities believe the older brother may have had military training overseas. Tamerlan Tsarnaev, according to a high-ranking law enforcement official, spent six months living in Russia last year.

He departed for Russia at the beginning of last year and returned to the United States in mid-2012, the official told FoxNews.com.

He once told a freelance photojournalist in 2009, “I don’t have a single American friend, I don’t understand them.”

In July of the same year was arrested by the Cambridge Police Department for what has been reported as a possible domestic assault on his then-girlfriend.