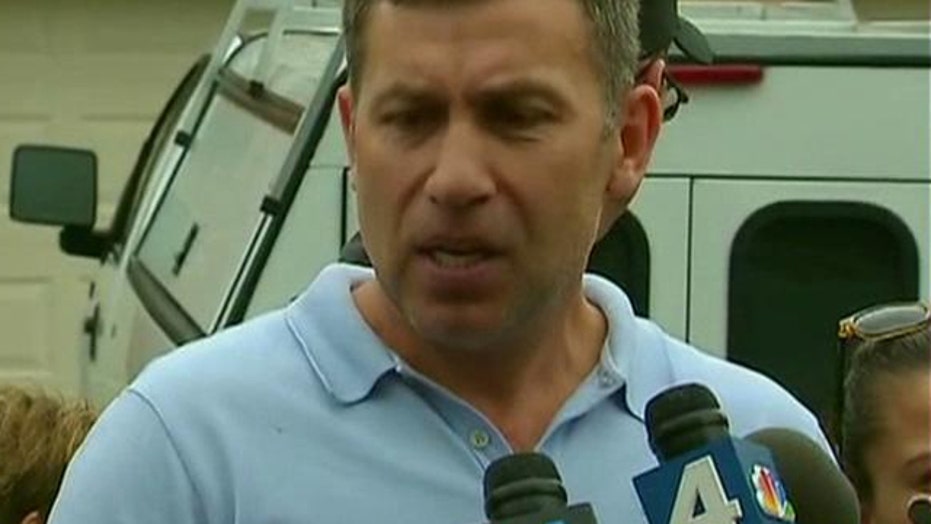 Uncle of bombing suspects: They shamed our family, ethnicity

Maryland man to nephew Dzhokhar A. Tsarnaev: 'Turn yourself in and ask for forgiveness'

The outraged uncle of the Boston Marathon bombing suspect currently eluding authorities called on his nephew to surrender and to ask for forgiveness from the victims of Monday’s blast.

Ruslan Tsarni, of Montgomery Village, Md., told reporters outside his home that he last saw Dzhokhar and Tamerlan Tsarneav in 2005 and said he was ashamed of their actions.

“I say Dzhokhar, if you’re alive, turn yourself in and ask for forgiveness from the victims, from the injured,” a visibly angry Tsarni said, adding that he would have alerted authorities if he knew of his nephews’ alleged plan.

Tsami said the apparently misguided radical Islamic beliefs that may have driven the brothers to kill was horribly warped. Asked what he believed provoked his nephews, Tsarni replied: "Being losers, hatred to those who were able to settle themselves, these are the only reasons I can imagine. Anything else, anything else to do with religion is a fraud. It's a fake. We're Muslims. We're ethnic Chechyans."

The father of the suspects, reached in Makhachkala, Russia, by The Associated Press, has also called on his son to surrender peacefully, but reportedly warned the United States that “all hell will break loose” if he’ll killed.

"My son is a true angel," Anzor Tsarnaev told The Associated Press. "Dzhokhar is a second-year medical student in the U.S. He is such an intelligent boy. We expected him to come on holidays here."

Anzor Tsarnaev, who characterized his younger son as an intelligent and accomplished young man, told ABC News that he spoke to his sons by phone earlier this week. He said his sons reassured him, saying, "Everything is good, Daddy. Everything is very good."

"Give up. Give up. You have a bright future ahead of you,” Anzor Tsarneav said, according to ABC News. “Come home to Russia.”

He continued: "If they killed him, then all hell would break loose."