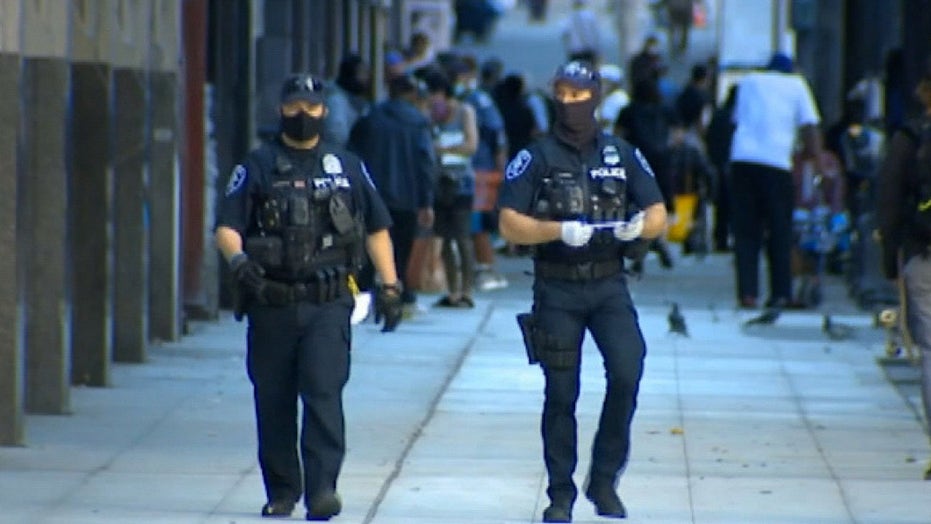 Seattle police made at least 10 arrests Saturday evening when Breonna Taylor protests devolved into chaos and violence as demonstrators set fires and damaged property and allegedly committed assaults in the Capitol Hill neighborhood.

The protesters broke windows and left anti-police graffiti while they marched from Cal Anderson Park through the streets.

Officers arrested the protesters for alleged assault, property damage and failure to disperse, the department wrote on Twitter.

The Seattle Fire Department was able to extinguish several dumpster fires and police issued a dispersal order around 7:30 p.m. PT.

"The group refused to follow the order," the department said in a release. "As officers moved forward individuals in the crowd began throwing rocks, bottles and fireworks at officers. Police then used blast balls to move the crowd to a safe distance."

The protests occurred in the area of the experimental former Capitol Hill Organized Protest (CHOP) or Capitol Hill Autonomous Zone (CHAZ) that was cleared out after two deadly shootings nearby this summer.

"Defund the police" efforts in the city led to the departure of police Chief Carmen Best earlier this month and prompted the city council to override Mayor Jenny Durkan's veto of millions of dollars in police budget cuts.

Seattle has been a center of protest since the May 25 police custody death of George Floyd in Minneapolis. Tensions between police and protesters flared again Wednesday after the Breonna Taylor grand jury decision in Louisville, Ky.

One police officer was struck in the head with a metal baseball bat and others dodged explosives from protesters Wednesday before 13 arrests were made.

Protests also erupted across the country when it was announced no officer would be directly charged in the death of Breonna Taylor. One officer was charged with wanton endangerment after bullets entered a neighboring home during a March drug raid.