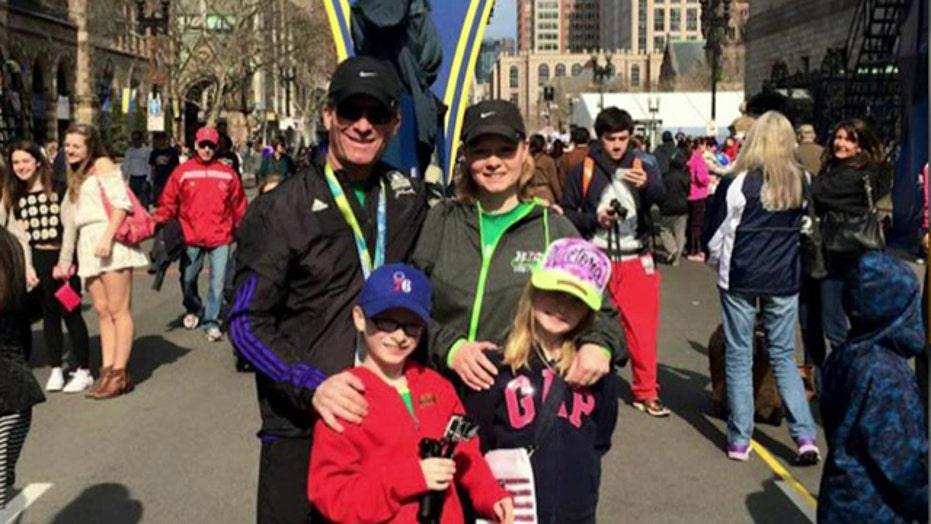 School refuses to excuse kids for trip to Boston Marathon

The father of twins attending a Pennsylvania elementary school hit back at a principal who informed him in a letter that his children were not excused for missing school earlier this month when they attended the Boston Marathon to cheer him on.

The Philadelphia Magazine reported Tuesday that Mike Rossi, who is a part-time radio personality, was miffed when he received the letter from the principal, Rochelle Marbury, of Rydal Elementary School in Huntington Valley, Pa.

"I want you to be aware that the Abington School District does not recognize family trips as an excused absence, regardless of the activities involved in the trip," the note from Marbury said. It went on to say, "The dates that the children were absent were recorded as unexcused."

The third-graders were not suspended or expelled, but Rossi -- who considers himself an active parent in his children's lives -- told the magazine that schools with zero-tolerance policies take the common sense out of education.

Rossi responded to the note in a letter addressed to 'Madam Principal.'

"At the marathon, they watched blind runners, runners with prosthetic limbs and debilitating diseases and people running to raise money for great causes run in the most prestigious and historic marathon in the world.

"They also paid tribute to the victims of a senseless act of terrorism and learned that no matter what evil may occur, terrorists cannot deter the American spirit.

"These are things they won't ever truly learn in the classroom."

He is scheduled to meet with school officials.

Rossi told MyFoxPhilly.com that "This was a once-in-a-lifetime trip and I would do it again in a heartbeat."