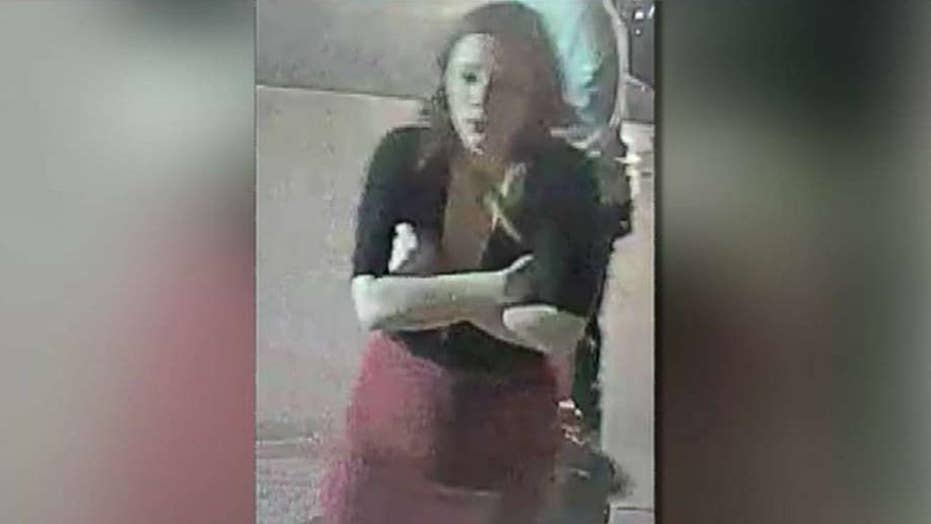 Savannah Spurlock's father says his daughter will finally get justice

EXCLUSIVE – The father of missing Kentucky mom Savannah Spurlock said Thursday that "justice has been served" after authorities discovered human remains at a home believed to be the 23-year-old's last known location and a person of interest was arrested.

David Sparks, one of the last people believed to be with Spurlock, was taken into custody just before 2 a.m. Thursday and charged with tampering with physical evidence and abuse of a corpse. He was booked into a jail in Madison County.

Cecil Spurlock, 52, told Fox News in an exclusive interview on Thursday he "begged God" to bring the search for his missing daughter to an end.

"For the last week, I begged God, 'Let’s have closure on it,'" the elder Spurlock said. "He did it."

According to an arrest citation, police received a tip about a foul odor at a Garrard County property Wednesday afternoon. Unidentified remains were discovered that night "concealed in an unnatural position beneath the surface of the ground," the citation states.

Cecil Spurlock told Fox News on Thursday that he knew his daughter Savannah was "passed away and gone." (Kyle Rothenberg/Fox News)

Spurlock, a mother of four who had given birth to twins in December, was last seen on surveillance video Jan. 4 after leaving The Other Bar in Lexington with two men. Richmond Assistant Chief of Police Rodney Richardson told Fox News that Spurlock’s last known location was at the home in Garrard County, which is located some 40 miles from the bar.

Police have not directly tied Sparks' arrest to Spurlock's disappearance, but the house reportedly belongs to Sparks' parents and had been previously searched on Jan. 22, police said, according to Lexington’s WLEX-TV.

David Sparks was charges with abuse of a corpse and tampering with physical evidence after human remains were found at a home believed to be the last known location of missing Kentucky mom Savannah Spurlock. Police have yet to ID the remains as those of Spurlock. (Madison County Detention Center)

The arrest citation said that in addition to the human remains, investigators found "items of evidence believed to be connected to the missing persons case" that was last known to be in the control of the missing person and Sparks.

On Thursday, Cecil Spurlock told Fox News that he "just felt" his daughter was no longer alive and the arrest was "justice finally."

According to Kentucky State Police, the human remains were taken to the State Medical Examiner's Office in Frankfort for an autopsy and identification. Cecil Spurlock said that the family is now just waiting on a phone call to confirm the body is his daughter.

"My god, she deserves justice," he said.

Cecil told Fox News that Savannah’s oldest son, four-year-old Noah, will be told the truth about his mom for the first time on Thursday.

He also shared a message to his daughter: "I love you baby. And justice has been served.  I love you a lot. Your boys will be taken care of good. All four of your boys, they’ll be good boys."

The elder Spurlock added that he now has a new role going forward.

"That’s my new job in life, to make sure those boys are happy and taken care of," he said. "That’s my job."

He said he is also praying for Sparks' parents.

"Out of everything I’ve heard they’re good people and I feel bad for them," he said. "I know this is a hard time for them."