San Francisco’s twin crises of housing and homelessness are reaching a tipping point, forcing some residents to move to makeshift boats and barges, forming floating tent cities, due to a lack of affordable shelter.

The city has long suffered from exorbitant rent costs, pricing out large swathes of even working professionals. Some locals end up living in encampments or homeless shelters that are opposed by wealthy residents with a roof over their heads.

But some San Franciscans, in an act of desperation, are now heading toward the bay to live on self-constructed houseboats, making once a novel living condition a harsh reality, the Wall Street Journal reported.

Around 200 “barges, sailboats, and other mostly decrepit vessels” are now being used as an alternative to housing in the city.

“It’s not a free ride. It’s a lot of effort to be out here,” Kristina Weber told the Journal, noting that she had to buy the 54-foot vessel for $15,000 because she could no longer afford the rent for a studio apartment in a town north of San Francisco, which cost $3,000 a month. 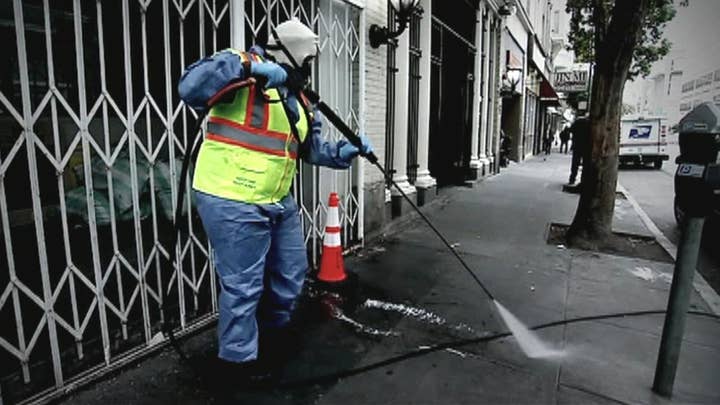 The move to live on barges and makeshift boats is also occurring due to housing prices that have made homeownership in the city near-impossible even for fairly well-off residents, thanks to the technology industry boom.

The median price for a single-family home in the San Francisco Bay Area has nearly tripled to $940,000 from $327,000 just 10 years ago, according to the Journal citing the California Association of Realtors.

But as people began moving toward the bay to live there on the boats, a backlash from existing residents ensued.

The neighbors say that with the homeless came crime and poor sanitation, even as the local government is spending millions on programs to contain the problem.

Another complaint, according to the Journal, is that the boats often break away from anchor lines and thus endanger both occupants and the properties of waterfront homes into which they can crash.