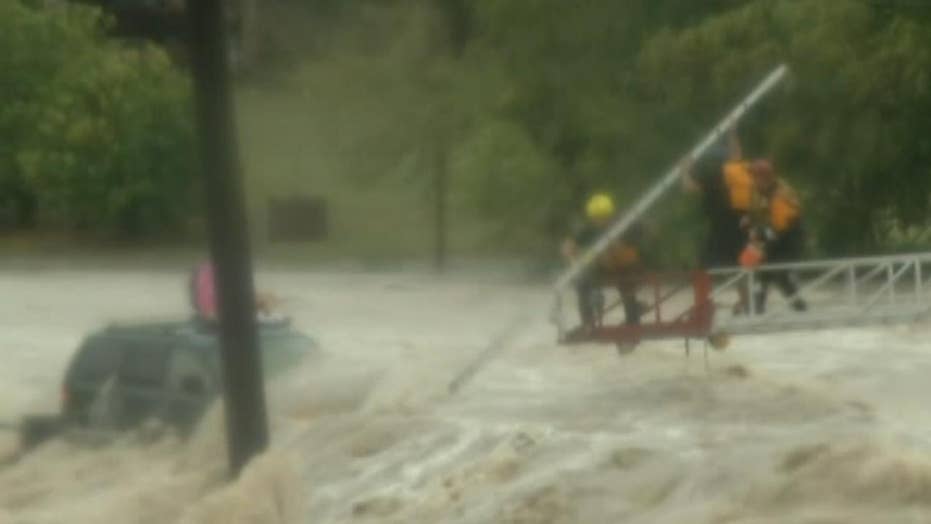 Raw video: Rescue workers tries to save driver trapped on the roof of her car in San Antonio, TX

Texas firefighters on Monday saved a driver who became trapped in his SUV when raging floodwater swept through a San Antonio street.

The driver was on Pinn Road about 10:30 a.m. when his car became stuck in the brown water, FOX29 reported. He sat on the roof of the car as firefighters extended ladders and prepared a boat for the rescue.

More than 30 minutes later, fire crews were able to reach the driver, who remained on the roof of the SUV to avoid being swept away by the "river."

Firefighters pulled the man, who appeared unharmed, to safety. The SUV then began bopping in the water after the weight of the driver was lifted.

Drainage issues have marred the area due to construction in the neighborhood, officials said.