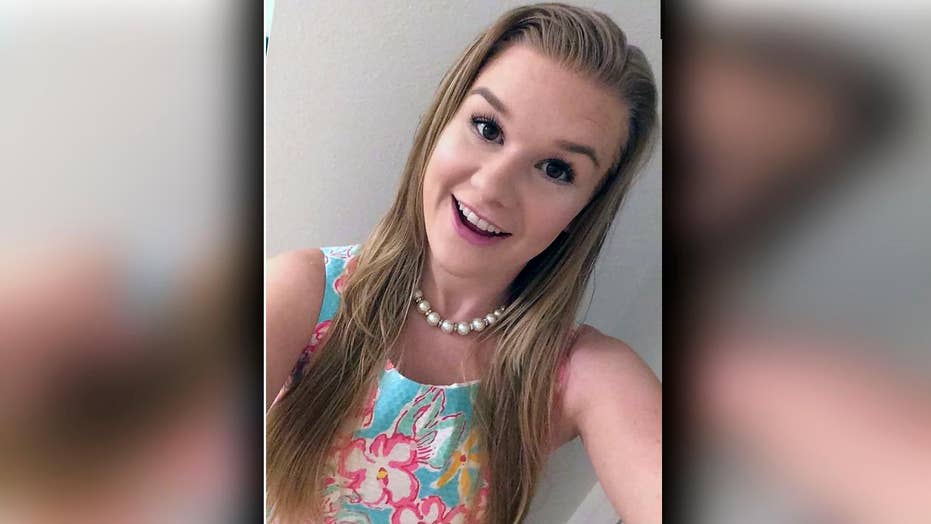 Utah police said 23-year-old Mackenzie Lueck was last seen meeting someone at a park at 3 a.m.

Police in Salt Lake City Tuesday released what they called "the last known footage" of Mackenzie Lueck, a University of Utah student who disappeared after ordering a Lyft and being dropped off at a local park last week.

Images taken from surveillance cameras at Salt Lake City International Airport showed Lueck at the airport between 2:09 and 2:40 a.m. June 17, about twenty minutes before a Lyft driver dropped her off at Hatch Park in North Salt Lake, police said.

"Over the course of approximately 31 minutes, Mackenzie walked from the jetway to catch the Lyft with a quick stop to pick up her luggage," Salt Lake City Assistant Police Chief Tim Doubt told reporters Tuesday. "She did not appear to talk to anyone in the airport."

“This is the last known footage we have of her,” he added.

Lueck, 23, flew to Salt Lake City from Los Angeles after attending a funeral. Doubt said she was last seen meeting an unknown person at the park.

"At this time we cannot confirm the make and model of the vehicle that picked up Mackenzie or the description of the person at Hatch Park on June 17. The description we have is vague. It could have been a male or a female,” Doubt said, adding: "We have exhausted all avenues of determining that information and ask that person to please call us."

Doubt said the Lyft driver who dropped off Lueck at the park eight miles from her apartment told investigators she did not seem in distress when she met the person at around 3 a.m. The Lyft driver has been cleared as a potential suspect, police said.

"After discussions with her family and friends we see no indication that she has gone off the grid before,"Doubt said. "This kind of behavior is uncharacteristic for her according to them."

"In regards to her online activities, we are aware of this aspect and continue to look into all facets of her life for leads to her disappearance."

Lueck’s parents said they last heard from her around 1 a.m. on June 17, when Mackenzie texted them and told them her flight had landed.

Doubt told reporters that the Salt Lake City Police Department has had three prior interactions with Lueck.

"Those interactions consisted of a moving violation in 2015, an assault a year ago and found property six months ago," Doubt said without elaborating on any of the incidents.

“There is no indication that any of these interactions are connected with her disappearance and all of those cases are resolved.”

He added, “She has not made any contact with the Salt Lake City Police Department since she picked up her found property in January 2019.”

"We encourage the public to help us answer these lingering questions, such as who is the person she met at Hatch Park? Does Mackenzie have an alternate phone that she has used in the past or is using? Does she have social media accounts that we don't know about? Is anyone in contact with Mackenzie online currently or within the last week?"

He added that detectives continue to work “around the clock” on the case that is "a very high priority for us."

Lueck is a part-time student in her senior year majoring in kinesiology and pre-nursing. She has been a student at the university since 2014 and is a member of The Church of Jesus Christ of Latter-day Saints.