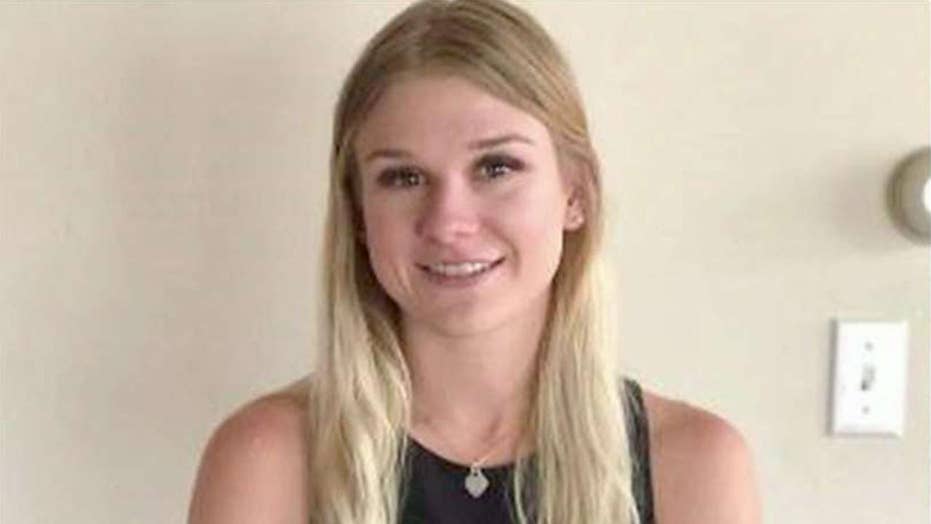 A University of Utah student who disappeared after ordering a Lyft at Salt Lake City airport is still missing nearly a week after she was last seen; William La Jeunesse reports.

A University of Utah student who disappeared after ordering a Lyft in Utah was still missing Sunday — nearly a week after she was last seen.

Mackenzie Lueck, 23, was flying to Salt Lake City from Los Angeles after attending a funeral last weekend. The Salt Lake City Police Department said Lueck arrived at the airport on June 17 and ordered a Lyft ride-share to an address in North Salt Lake.

Investigators said she was last seen "in the early morning hours of Monday."

Her family told KSTU they last heard from her around 1 a.m. on June 17. Lueck's dad said his daughter texted her parents and told them her flight landed, but haven't heard from her since.

The police department is investigating her disappearance. Authorities said they've been in contact with both Lyft — and Lueck's apparent driver.

Lyft told Fox News in a statement on Sunday that they "recognize how scary this must be for those who know and love Ms. Lueck."

"The safety of our community is fundamental to Lyft and we are actively assisting law enforcement with their investigations," Lyft said, adding Lueck's route from the airport didn't contain any "irregularities and ended at the destination as originally entered by the rider."

The driver continued to drive for Lyft after Lueck's ride ended, the company said.

Lueck has been described as 5 feet 6 inches and weighs around 120 pounds. She has blonde hair and brown eyes.

Anyone with information on Lueck's disappearance is urged to contact the Salt Lake City Police Department.