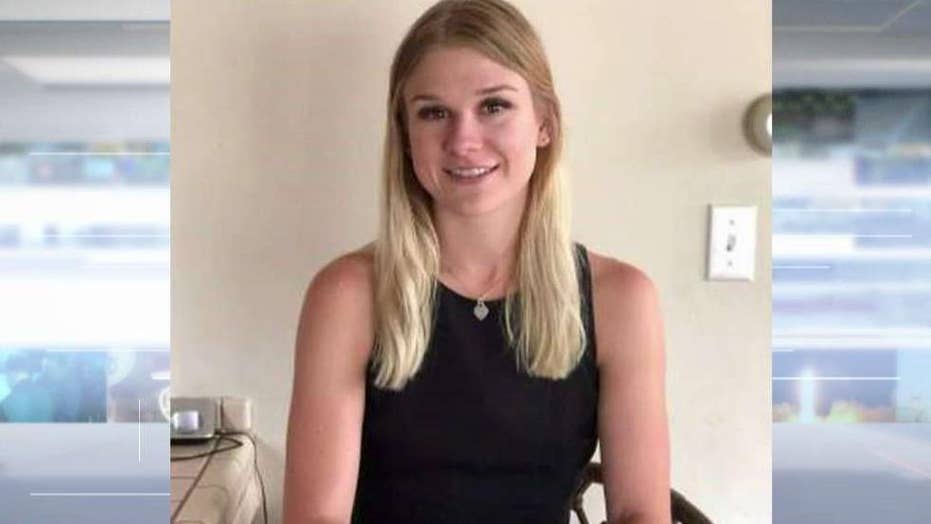 Police in Salt Lake City revealed Monday there was no evidence a missing University of Utah student who disappeared after ordering a Lyft and was dropped off at a Utah park one week ago has suffered “any harm.”

“To date her family and her friends have not heard from her,” Salt Lake City Police Assistant Chief Tim Doubt told reporters on Monday.

“She missed a midterm exam and a flight and at this time there is no evidence that any harm has come to her, however, because of the circumstances of the case we want to make sure that she is alright.”

Mackenzie Lueck, 23, was flying to Salt Lake City from Los Angeles after attending a funeral last weekend. The Salt Lake City Police Department said Lueck arrived at the airport on June 17 and ordered a Lyft ride to Hatch Park in North Salt Lake.

Doubt said she was last seen meeting an unknown person at the park. He declined to describe that person’s gender, saying investigators did not know who it was.

Mackenzie Lueck, 23, was last seen a week ago.  (#FindMackenzieLueck via AP, File)

Doubt said the Lyft driver who dropped off Lueck told investigators she did not seem in distress when she met the person at the park at around 3 a.m. The Lyft driver has been cleared as a potential suspect, police said.

Lueck’s parents said they last heard from her around 1 a.m. on June 17. They said their daughter texted them and told them her flight landed, but they haven't heard from her since.

“Since being reported missing detectives attempted to locate her through her phone which has been turned off and those efforts remain unsuccessful,” Doubt said on Monday.

He added, “Detectives have listed Mackenzie in the national database as missing and are exploring all avenues of investigative techniques including writing and serving various warrants, talking to friends and family and checking social media.”

Doubt told reporters that investigators have been looking for Mackenzie since her family reported her missing.

“Since we took the report on Thursday detectives have canvassed the area around Hatch Park multiple times to try and locate any video surveillance from businesses or from residences that may have captured anything,” Doubt said. “Detectives are also knocking on doors in the area of the park to rule out that anyone there may have had contact with Mackenzie or seen anything.”

The University of Utah released a statement on Monday saying it was cooperating with the investigation.

“The University of Utah is deeply concerned about the well-being of Mackenzie “Kenzie” Lueck and her family,” the statement said. “The university’s dean of students has spoken with Mackenzie’s family to offer support and to express the campus community’s shared hope for her safe return.”

Lueck has been described as 5 feet 6 inches and weighs around 120 pounds, with blonde hair and brown eyes.

“Occasionally the police work a missing-person case where the person does not want to have contact with family or friends. If that is the case, Mackenzie, we are asking you to please reach out to either the Salt Lake City Police Department or a law enforcement agency where you are at,” Doubt said. “We just want to make sure you are safe and we will respect your wishes.”

Anyone with information on Lueck's disappearance was urged to contact the Salt Lake City Police Department.