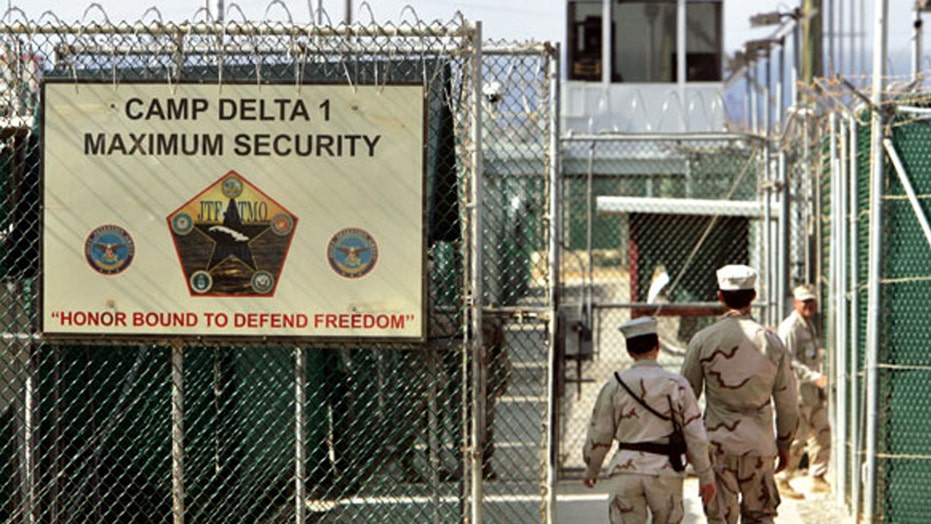 America’s federal prisons have become a “breeding ground” for radical Islam, warn critics, who say imprisoned terrorists are more likely to spread their beliefs than renounce them.

As law enforcement authorities lock up more home-grown terrorists, experts are warning the success could turn sour if jailhouse jihadists are allowed to infect fellow inmates. Prisons have long been criticized for a culture that can make some inmates more dangerous than when they entered, but the possibility that typical felons could become lone wolf terrorists upon earning parole is a disturbing new wrinkle.

“Over the years, our Federal prisons have become a breeding ground for radicalization."

“If we continue to downplay the threat, we do so at our own peril,” said Patrick Dunleavy, author of “The Fertile Soil of Jihad: Terrorism’s Prison Connection.”

The aggressive recruitment of Americans by ISIS has resulted in a spike in domestic terror-related convictions. Some 71 people are imprisoned in the U.S. on ISIS-related charges, including 56 individuals arrested in 2015, the most terrorism arrests in a single year since September 2001, according to George Washington University’s Program on Extremism

(Alton Nolen, who is accused of beheading a former co-worker at a food processing plant in Oklahoma, is believed to have converted to Islam while doing time.)

In addition, the FBI has said it is currently conducting more than 900 investigations into ISIS-linked radicalization, including cases in all 50 states.

There are hundreds more federal inmates serving time for terrorist activities related to other terror groups. An estimated 100 are scheduled for release in the next five years, according to the Congressional Research Service. Still more terror suspects could be transferred to U.S. prisons from Guantanamo Bay in the coming months.

Terrorists held at Guantanamo Bay could soon be transferred to U.S. prisons, where critics say they could influence other inmates. (Associated Press)

“We have never been faced with such a large number of terror inmates before,” said Rep. Peter King, R-N.Y., during a recent Homeland Security Committee hearing on countering violent extremism in prison.

King and others say the federal Bureau of Prisons must do a better job of monitoring and, if necessary, isolating inmates who could radicalize others behind bars.

Dunleavy, a retired deputy inspector in the criminal intelligence unit of the New York Department of Correctional Services, said criminals have been radicalized in prisons for years, and predicted it will only get worse. He cited Chicago gang member Jose Padilla, who converted to radical Islam while doing time in jail in the 1980s, and was later accused of plotting to set off a radiological “dirty bomb” in the U.S. He is now serving a 21-year sentence for conspiring to commit acts of terror overseas.

More recently, ex-convict Alton Nolen was arrested in a September, 2014 attack at his former place of employment, a food processing plant in the Oklahoma City suburb of Moore. Nolen, who is awaiting trial, allegedly beheaded a 54-year-old female worker while yelling Islamic slogans. Dunleavy believes Nolen converted to Islam while serving time in an Oklahoma prison after attacking a police officer in 2010.

In between Padilla and Nolen, Dunleavy says there were “scores of others” who became radicalized in state and federal prisons, either by listening to fellow inmates or hearing sermons on contraband devices smuggled into prisons and shared.

Kevin James, who while serving time at Sacramento’s New Folsom Prison on robbery charges in 2004, founded his own jihadist movement and recruited fellow inmate Levar Washington to join his cause. Upon Washington's release in 2005, he plotted to attack Los Angeles-area synagogues, the Israeli Consulate, the Los Angeles airport and U.S. military recruiting offices. James, remained in federal prison, where some critics fear he could be radicalizing more inmates to his cause.

Tens of thousands of federal prison inmates have converted to Islam while serving time, and many others have found other religions. Most do not subscribe to a violent interpretation of the faith, but it takes only a few to create a threat, according to Mark Hamm, a professor at Indiana State University who specializes in the field of prison radicalization.

“It is not the sheer number of prisoners following extremist interpretations of religious doctrines that poses a threat,” Hamm told FoxNews.com. “Rather, it is the potential for the single individual to become radicalized.”

Estimates of the number of terrorists behind bars could be too low because some could be serving time on weapons-related crimes, rather than terror-related. Those suspects are especially dangerous, Dunleavy said, because their involvement in terror plots may not be disclosed to prison officials who might otherwise be able to monitor them.

As far back as 2010, well before ISIS was formed, the Senate Foreign Relations Committee issued a report that identified three dozen U.S. citizens who had converted to Islam while in U.S. prisons, and then traveled to Yemen to train at Al Qaeda camps upon being released.

According to the FBI, radicalized inmates are of concern for a number of reasons, including the possibility they could urge other prisoners to attend radical mosques upon their release from prison; could pose a risk to prison security inciting violence; and could pass on skills used in terrorism activities.

King, who has had several hearings on Islamic radicalization, said lapses in how prisoners are monitored and how religious service providers are vetted continue despite numerous oversight reports.

In June, the federal Bureau of Prisons disclosed in a letter to Senate Judiciary Chairman Chuck Grassley, R-Iowa, that it failed to complete a background check on a religious services contractor who had a well-documented past of advocating violence against critics of Islamic extremism.

While monitoring prisoners is potentially more difficult, lawmakers believe the government could at least minimize the risk of radical clerics being invited into prisons to proselytize – and radicalize.

“Over the years, our Federal prisons have become a breeding ground for radicalization,” said Rep. Stephen Fincher, R-Tenn., who introduced a measure that would compel the BOP to study prison radicalization and beef up background checks for clergy and other workers allowed access to inmates. “By allowing volunteers to enter the system without first having to undergo a comprehensive background check, some of the most vulnerable members of society have become susceptible to radicalization.”