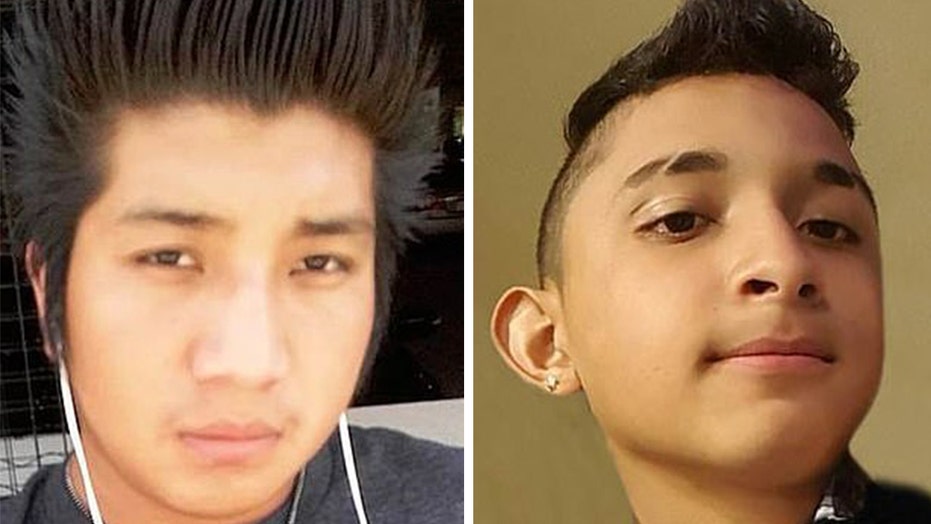 Federal prosecutors filed court papers Monday indicating they will pursue a death sentence against an MS-13 gang leader from El Salvador who is accused of killing two teenagers in Virginia.

The 29-year-old suspect, Elmer Zelaya Martinez, is accused of being the ring leader who coordinated 10 other gang members -- who have all been indicted but are not facing the death penalty -- to carry out the stabbing of 17-year-old Edvin Escobar Mendez and 14-year-old Sergio Arita Triminio in 2016.

The MS-13 gang targeted Escobar Mendez because they believed he was spying for a rival gang, and they killed Arita Triminio because they suspected him of cooperating with law enforcement officials, authorities said.

All of the accused are natives of El Salvador and have detainers lodged against them, according to U.S. Immigration and Customs Enforcement (ICE).

Prosecutors argue that the death penalty is warranted for Zelaya Martinez because of his “substantial planning and premeditation” and “his lack of remorse for his violent acts.”

“I strongly suspect politics is playing a significant role rather than whether or not this is the appropriate thing to do to serve justice,” Jenkins said, according to reports by The Washington Post. “Whether or not they truly believe that justice would be served by seeking the death penalty I think is maybe a secondary concern versus what political chips they can gain with his base by appearing to be tough on illegal immigrants.”