A Minnesota priest and avid baseball card collector has graciously given up his impressive collection to raise more than $50,000 for student scholarships.

Father John Ubel of the Cathedral of St. Paul shared with "FOX Business Tonight" that he made the decision to auction off his highly valuable cards – including Hank Aaron’s 1954 rookie card – after realizing they could do more for underprivileged children rather than sit in his cabinet.

"I realized I haven’t looked at these in years," he explained. "They could do something more for somebody else, and I began to think about connecting that with ... Catholic schools and selling the cards."

Ubel has been funding $1,000 scholarships for students to attend Catholic schools through the Aim Higher Foundation. The priest said families have told him that the scholarships, renewable every academic year, have made the difference between their child attending and not attending school.

NEW DOCUMENTARY REVISITS THE UPROAR OVER 'THE PASSION OF CHRIST' 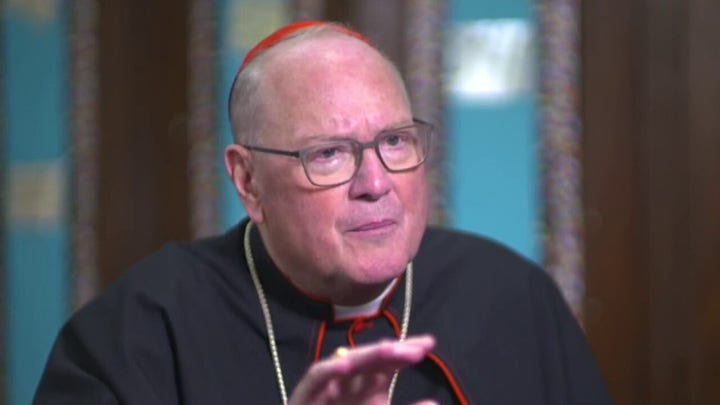 Other cards sold from Ubel's collection include a 1948 Jackie Robinson, which the priest said he bought for $570 and fetched $35,000 on the auction block. The Hank Aaron card sold for $8,600.

"It was an average collection, but we tried to keep it in good shape," Ubel said. "And that makes a big difference when collectors are looking for them. So we put these lots together – 25 different lots – and those brought in about $7,500."

In addition, Ubel said, the Major League Baseball Players Association sent him a box last week filled with baseball cards to restock his collection and continue his efforts to raise money.

"They said, in a beautiful note, ‘You’re giving up your collection; we want to help you start a new one,’" he recalled. "So, I guess I have to start all over again."