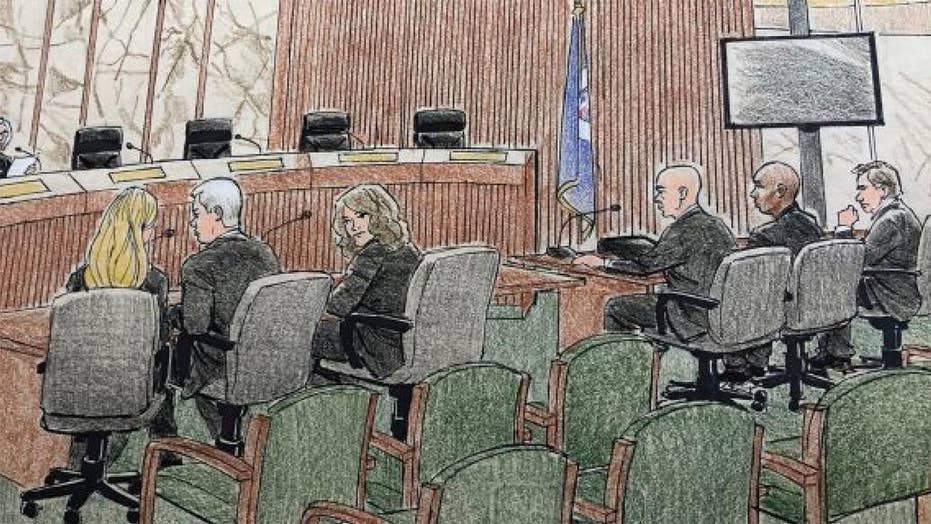 Former Minneapolis police officer Mohamed Noor is accused of killing an unarmed woman after she called the cops to report a possible sexual assault; Matt Finn reports from Chicago.

MINNEAPOLIS – About 75 potential jurors in the case of a former Minneapolis police officer who shot and killed an unarmed Australian woman answered written questions Monday about their own backgrounds and experiences with people of Somali heritage.

Prosecutors and attorneys for Mohamed Noor will use the questionnaires as they start winnowing the jury pool down to 12 jurors and four alternates. Direct questioning of the jurors begins Wednesday.

Noor, 33, is charged in the July 2017 death of Justine Ruszczyk Damond in a case that drew international attention, cost the police chief her job and forced major revisions to the Minneapolis Police Department's policy on body cameras. Damond was killed after she called 911 to report a possible sexual assault behind her home.

They must prove he acted unreasonably when he shot Damond , a 40-year-old life coach with both U.S. and Australian citizenship who was engaged to be married. Noor's attorneys plan to argue that he used reasonable force and acted in self-defense.

Members of a group called Justice for Justine said Monday they are glad Noor is being prosecuted, but questioned whether the case would have received the same rigorous investigation if he was not Somali American and Damond was not white.

It's rare for police officers to be charged in on-duty shootings . Alana Ramadan says she feels Noor is being used as a "sacrificial lamb" because he's a minority. Others called for vigorous investigations into all police shooting cases, regardless of the victim's race.

In addition, Noor's trial is being held in one of the smallest courtrooms in Hennepin County and the judge has said graphic evidence will be shown only to the jury, not the public.

Todd Schuman, a member of Justice for Justine, called limited seating and restrictions on evidence "a First Amendment violation that cripples public insight into the trial and is a slap in the face to advocates who have spent years working for justice in cases like these."

Later Monday, the Star Tribune reported that Judge Kathryn Quaintance and Chief Judge Ivy Bernhardson issued an order adding more media seating at trial, in response to concerns from activists and journalists about public access. Seven seats will be added to the courtroom, raising the number for media members from eight to 15. Six will be reserved for local outlets and nine for national or international outlets.

Noor has refused to talk to investigators and his attorneys haven't said whether he will testify at his trial, which could last weeks. He did not respond to reporters' questions as he and his attorneys arrived at the courthouse Monday.

The potential jurors filled out a questionnaire during a half-day session. Questions included whether jurors owned firearms and whether they have family or friends who have protested government agencies.

Judge Quaintance ordered that jurors' names be withheld during the trial, citing threatening phone calls made to her chambers and public interest in the case.

Noor's partner the night of the shooting, Officer Matthew Harrity, told investigators he was driving a police SUV when he heard a voice and a thump and caught a glimpse of someone outside his window. Harrity said he was startled and thought his life was in danger. He said he then heard a noise and turned to see that Noor, in the passenger seat, had fired his gun past Harrity and hit Damond through the driver's side window.

The officers did not turn on their body cameras until after the shooting, and there was no squad car video.

The lack of video was widely criticized. Days later, the Police Department strengthened its body camera policy. The shooting also raised questions about the training of Noor, who previously worked in property management.

Then-Chief Janee Harteau defended Noor's training and said he was suited to be on the street. Harteau was forced to resign.

Court documents later revealed that training officers voiced concerns about Noor's fitness for duty long before he shot Damond, but he was deemed fit to serve.