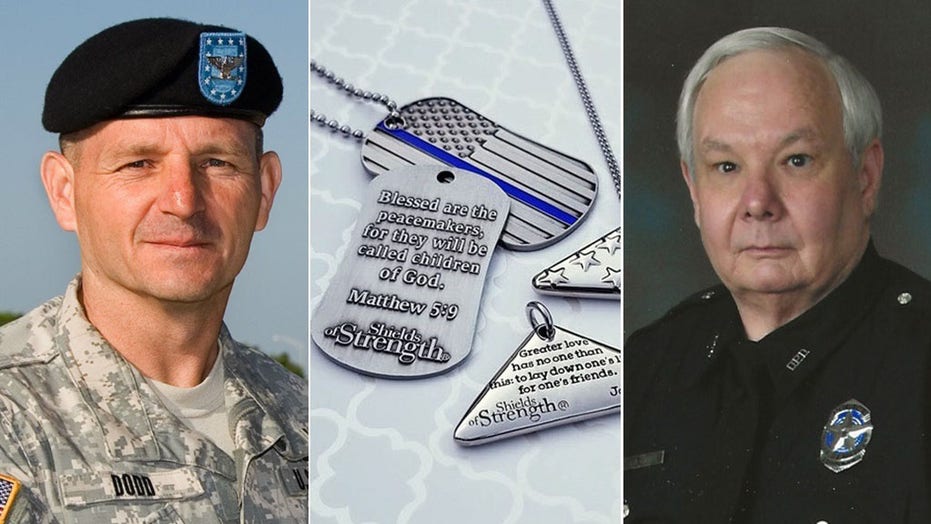 Will rise in gun violence impact movement to defund the police?

A faith-based organization that honors fallen heroes is pushing back against the anti-police "false narrative" following George Floyd's death and the recent calls to "defund the police."

Point 27, teaming up with Shields of Strength, has coordinated with 105 police departments that have experienced a line of duty death since the beginning of the year.

6 STORIES OF POLICE HEROISM FROM ACROSS AMERICA

Point 27's national outreach coordinator Jerry Rhodes, a retired detective from the Dallas Police Department, makes his duty to place a phone call –­ within hours of the death –­ to the family of the fallen officer and his department to offer full support.

He then writes a letter offering condolences and sends Thin Blue Line Dog Tags engraved with Matthew 5:9 ("Blessed are the peacemakers, for they will be called children of God") for officers in the department, as well as Folded Flag necklaces engraved with John 15:13 ("Greater love has no one than this: to lay down one’s life for one’s friends") for each family member.

“I truly believe the answer to racism, crime, violence and injustice is the Gospel of Jesus Christ," Army Col. David Dodd, Ret., said in a statement to Fox News.

Dodd started the organization after 27 years in the military and four deployments, initially honoring members of the military, veterans, and fallen soldiers and their families with gifts of Shields of Strength dog tags. He since has expanded, after law enforcement officers asked for Thin Blue Line Dog Tags in 2015.

"Sadly, these peacemakers are being attacked and disparaged for the actions of very small percentage of officers who have abused their power," Dodd said in a letter to supporters.

"Hypocritically, the very people who accuse the police of discriminating against all people of color, are in fact discriminating against all police," Dodd added. "Let’s not allow a false narrative to destroy the reputation, professionalism, and lives of the men and women in blue. Now is the time to stand with them, support them, pray for them, and share God’s Word with them."

Rhodes, a 47-year veteran of the Dallas Police Department, joined Point 27 after the organization sent 3,500 dog tags to them following a 2016 shooting that killed five police officers. 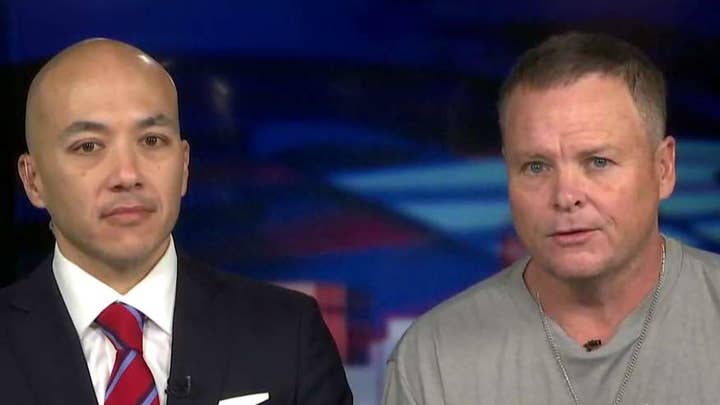 “I think the tag gives an officer something to hold on to and look at when times get tough," Rhodes said. "Having and wearing the tag gives the officers a sense of peace and reminds them that someone cares about them.”

Since 2018, Point 27 has honored every fallen officer killed in the line of duty by offering gifts to their relatives and their agency. The fallen include officers killed by illnesses related to 9/11 and, this year, those who died from COVID-19.

“The ultimate goal is to equip every law enforcement officer in the country with a gift of the Thin Blue Line Shields of Strength,” Dodd said. “Point 27 has equipped more than 111,000 officers across the country – which is about 10 percent.”

In the wake of the coronavirus, Point 27 also sent 6,000 dog tags to eight hospitals in New York City engraved with Joshua 1:9, which reads: "Have I not commanded you? Be strong and courageous. Do not be afraid; do not be discouraged, for the Lord your God will be with you wherever you go."

"That verse strengthened and encouraged me during my most difficult times in combat, training, and it comforts me each day of my life," Dodd said. "I know it will do the same for those nursing the sick, injured, and wounded in New York City hospitals."