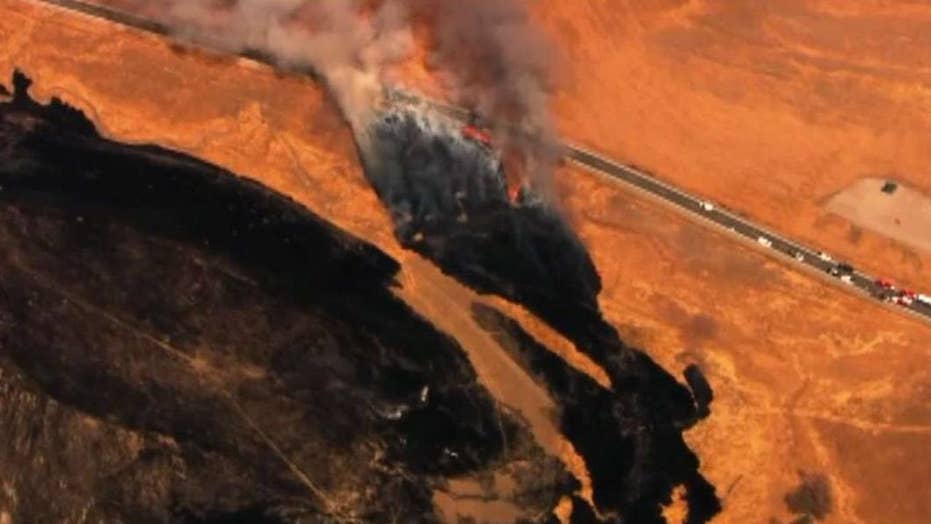 Pilot dead after U2 spy plane crashes in California

The plane went down just outside Beale Air Force Base

One pilot died and another was injured after they ejected from a U.S. Air Force U-2 spy plane that crashed in Northern California Tuesday, an Air Force spokesman confirmed.

The aircraft crashed in Sutter County. The U-2 was from the 9th Reconnaissance Wing stationed at nearby Beale Air Force Base, some 48 miles north of Sacramento.

The pilots were taking part in a training mission, the Los Angeles Times reported.

Military officials did not initially reveal what caused the crash, release the pilots' names or any information about the condition of the surviving airman.

The U-2 is a high-altitude spy plane which routinely flies at 70,000 feet to take photos and intercept communications. Its pilots wear pressurized flight suit similar to astronauts.

Beale Air Force Base is home to the Air Force's fleet of single-seat U-2s and a double-seat variant used for training pilots to fly the specialized aircraft. It also is the base for the T-38 Talon, a training aircraft, and the RQ-4 Global Hawk, an unmanned surveillance drone. It houses 4,500 military personnel.

"We are saddened by our Airman's death & offer condolences to the family & all who are mourning this tremendous loss," Gen. Dave Goldfein, the Air Force chief of staff, said on Twitter.

In 1960, a U-2 was shot down in Soviet airspace leading to the capture of Francis Gary Powers. He returned to the United States in a prisoner swap with the Soviet Union two years later.