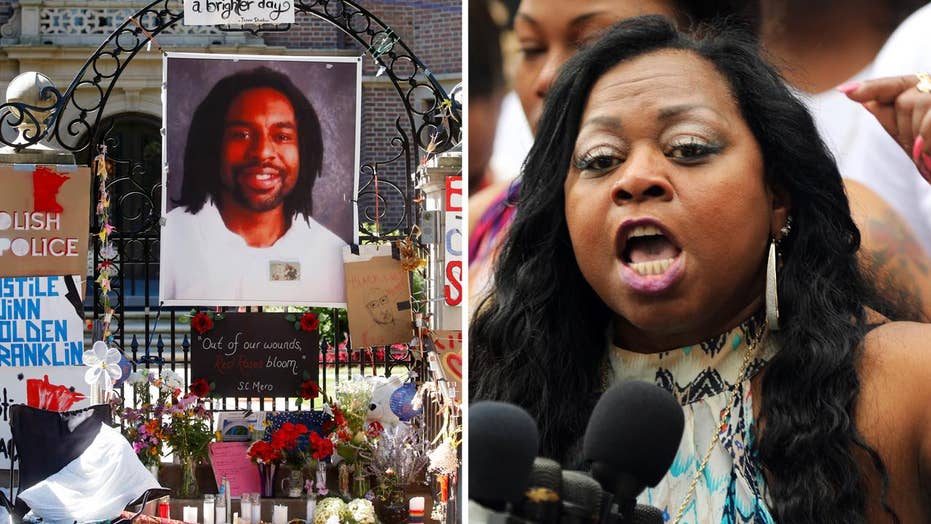 The judge who presided over the manslaughter trial in the fatal shooting of black motorist Philando Castile told that he supports them despite widespread public criticism after they acquitted a Minnesota police officer in the shooting.

“I write to re-assure you that you faithfully fulfilled the difficult task you were asked to undertake,” Ramsey County District Judge William Leary III said in his letter, the Star Tribune of Minneapolis reported Tuesday.

It was sent two days before the one-year anniversary of when St. Anthony officer Jeronimo Yanez shot the 32-year-old elementary school cafeteria working seven times in a matter of seconds, just after Castile informed Yanez he was armed.

MINNESOTA OFFICER 'DID WHAT HE HAD TO DO,' ATTORNEY SAYS

In the letter, Leary told jurors he was not providing his own opinion of Yanez’s actions during the fatal traffic stop on July 6, 2016 in the St. Paul suburb of Falcon Heights, but he wanted to convey that their verdict “was fully supported by a fair interpretation of the evidence and the law you were obligated to apply.”

Reached Monday, Leary issued a short statement to the newspaper that said, "I appreciate your interest, but I don't believe any discussion would be of any additional value."

The jury acquitted Yanez, 26, on June 16 of second-degree manslaughter and two counts of reckless discharge of a firearm.

The case gained widespread attention after Castile’s girlfriend, who was in the car with her then-4-year-old daughter, livestreamed the gruesome aftermath on Facebook.

During the trial, Yanez, testified that Castile ignored his commands not to pull out his gun. The officer said he feared for his life.

After the jury’s decision, authorities released dramatic dashboard camera video showing the Latino officer firing seven shots. In the video, Castile is heard saying, “I’m not pulling it out” before Yanez opened fire.

In this image made from July 6, 2016, video captured by a camera in the squad car of St. Anthony Police officer Jeronimo Yanez after shooting into the vehicle at Philando Castile during a traffic stop. (St. Anthony Police Department via AP)

His girlfriend later said he was reaching for his wallet.

In his letter, Leary broke down the multiple elements of the law that prosecutors were required to prove beyond a reasonable doubt, including whether Yanez acted with gross negligence and recklessness.

"The state's failure to prove any of the required elements of the charge required that you, the jury, return a verdict of not guilty," Leary wrote.

Leary wrote that the criticism has focused primarily on reaction to the squad car video and issues that the jury was never asked to address.

"You were never asked to decide whether racism continues to exist, whether certain members of our community are disproportionately affected by police tactics, or whether police training is ineffective," he said. "You were simply asked to determine, beyond a reasonable doubt, whether a crime had been committed."

"He told the jury they followed the law and did their duty," Gray said. "I'm sure the jurors felt better."

The Ramsey County Attorney's Office said in an email to The Associated Press on Tuesday that it had no comment.

"It's unusual to do a letter after the fact, but there's nothing inappropriate about this letter," said local defense attorney Joe Tamburino, who was not involved in the case. "I say hats off to him for doing this, because the jury received an inordinate amount of criticism. The issue was whether the state proved its case, not greater social issues."