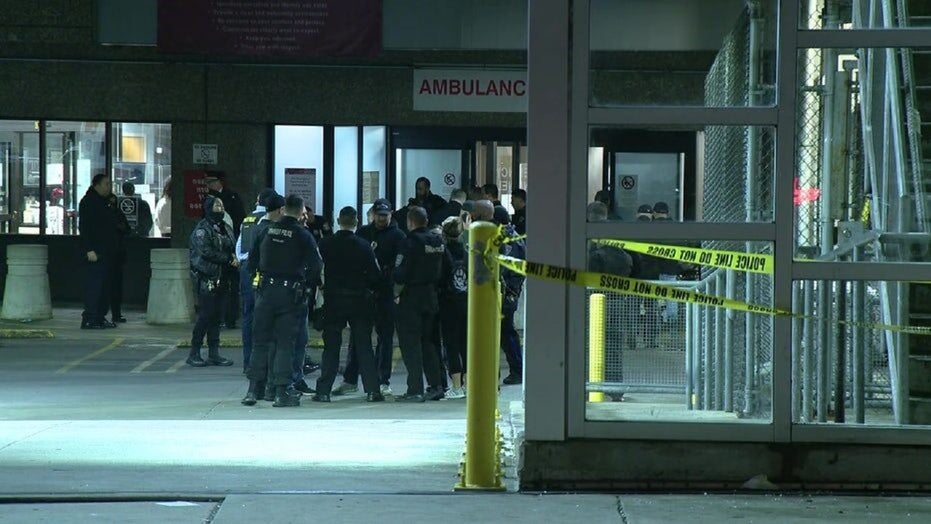 A transit police officer and two women were shot Wednesday in Philadelphia and the suspected gunman was dead following a standoff with authorities, police said.

An officer with the Southeastern Pennsylvania Transportation Authority (SEPTA) was shot near the Frankford Arrot Transportation Center in Philadelphia around 7:15 p.m., a SEPTA spokesperson told Fox News.

A short time later, authorities received reports of two people that had been shot. The women, ages 57 and 42, were found with gunshot wounds near the intersection of Griscom and Arrott streets. Both were wounded in the hip area and were hospitalized in stable condition.

At the apartment building, the suspect barricaded himself and opened fire at Philadelphia and SEPTA officers from the second and third floors, police said. At some point, a SEPTA officer was struck shot in the abdomen and remains hospitalized in critical but stable condition.

He was undergoing surgery Wednesday night.

Multiple police officers fired at the suspect prior to the arrival of SWAT units, police said. Around 8 p.m., officers used unspecified technology that indicated the suspect was on the second floor, Gripp said.

They confirmed he was dead and appears to have died from a self-inflicted gunshot wound to the head, Gripp said.  Investigators recovered a weapon but did not elaborate.

"Here we are again on another night in our city and just this completely, totally, unacceptable and reckless gun violence nearly took three innocent peoples' lives," Gripp said.

SEPTA tweeted that trains will bypass the Arrott Transportation Center in both directions because of police activity in the area.