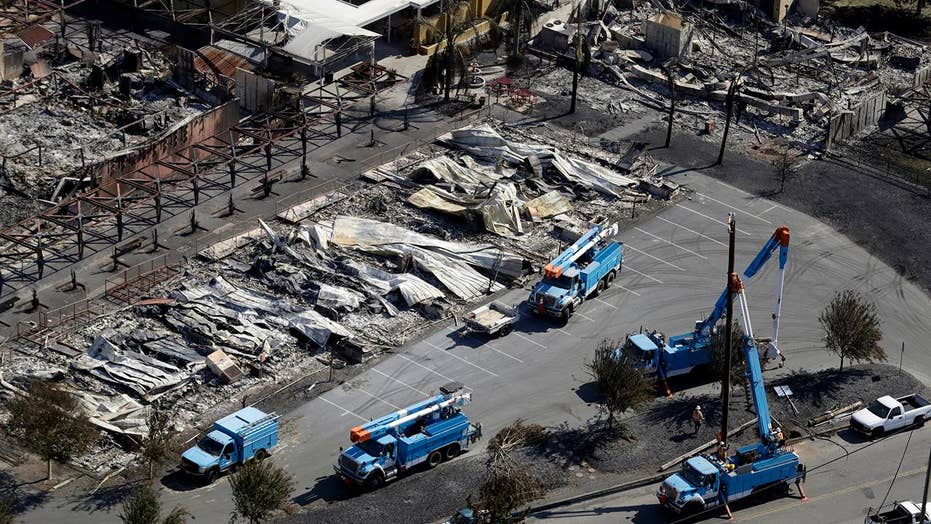 PG&amp;E pulls plug on hundreds of thousands of Californians to curb wildfire threat

California's largest power supplier pulls the plug in the Bay Area as high winds threaten to down trees onto power lines; William La Jeunesse reports on the impact.

The largest utility company in California began its second wave of planned power outages to head off wildfire danger from downed power lines Wednesday evening, according to a report.

Pacific Gas and Electric Co. delayed the outages planned for noon Wednesday in parts of Northern California until after 7 p.m.

Around 234,000 customers were expected to lose power in the second wave, Saramento's KCRA-TV reported. 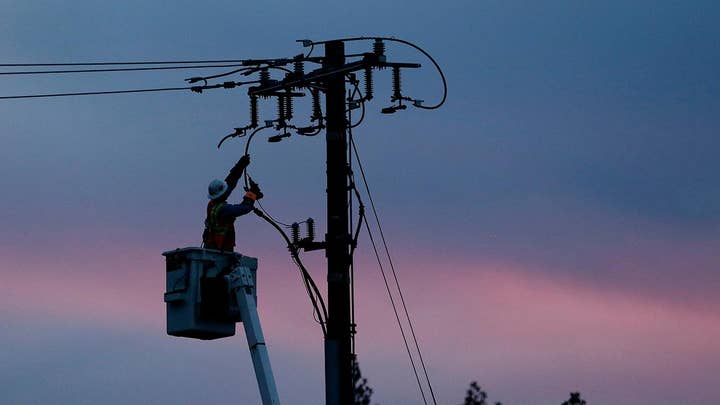 PG&E said it turned the power back on for some of the 513,000 customers in 22 counties who were left in the dark around midnight Wednesday for the company’s first wave of outages due to a "widespread, severe wind event.”

Around 44,000 customers in the northeast Sierra Foothills had the power turned back on Wednesday afternoon, KCRA reported.

The second waves of outages include Calaveras, Tuolumne, San Joaquin, and Stanislaus counties, which are all east of San Francisco.

CALIFORNIA WILDFIRE RISK MAY CAUSE POWER OUTAGES IN 30 COUNTIES FOR MORE THAN 600,000 CUSTOMERS

PG&E made the decision to turn off customers’ power because forecasts of dry, hot and windy weather, which up the risk of a rapidly spreading wildfire.

The company said the weather event is expected to last through midday Thursday.

“The safety of our customers and the communities we serve is our most important responsibility, which is why PG&E has decided to turn the power off to customers during this widespread, severe wind event," Michael Lewis, PG&E’s senior vice president of Electric Operations, said in a statement. "We understand the effects this event will have on our customers and appreciate the public’s patience as we do what is necessary to keep our communities safe and reduce the risk of wildfire."

The company expects the planned outage will in total affect around 800,000 customers in 34 counties.

“We’ve also identified areas where we could safely energize sections of our electrical system that were not in high fire threat zones and reconfiguring our system in different areas so it didn’t have as large an impact as previously planned,” PG&E spokesperson Brandi Merlo said in a statement.

California has suffered a series of deadly wildfires across the state in the last few years, including the Camp Fire, the deadliest in the state's history, which killed 85 people and nearly destroyed the town of Paradise.

A potential third wave of shutoffs would include the company’s southernmost customers in Santa Barbara and Kern County.