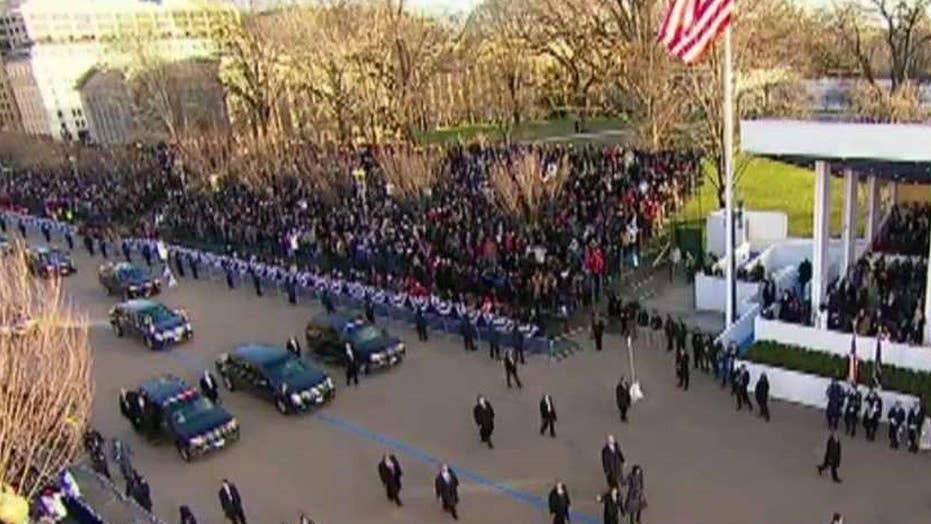 The leader of the District of Columbia National Guard has been told to step down the minute after President-elect Donald Trump takes office, sparking political controversy about who ordered the decision and the timing of the departure.

Maj. Gen. Errol Schwartz, a political appointee, says the timing is "very unusual,” considering he’ll send Guardsmen out to protect Trump and hundreds of thousands of others on Inauguration Day but must resign the minute after Trump is sworn in Jan. 20 at noon.

“My troops will be on the street,” he told The Washington Post. “I’ll see them off, but I won’t be able to welcome them back to the armory.”

However, the head of the District's National Guard serves at the pleasure of the president, unlike the commanders of state-level National Guard units.

And a senior Defense Department official tells Fox News that the Trump presidential transition team, after learning about the situation, offered Schwartz, a Bush appointee, a few additional days on the job but that he refused.

A person close to the team reportedly said members indeed wanted to keep Schwartz but that the Army pushed for a replacement.

A senior Defense official also told Fox that the Army was neither consulted nor notified about the Schwartz decision.

“The Army leadership had nothing to do with the decision," the official said.

Schwartz reportedly said the final orders came in an email from the Pentagon.

Like hundreds of other political appointees, Schwartz must tender his resignation and leave his post immediately after Trump, a Republican, officially takes office.

But Phil Mendelson, a Democrat and chairman of the D.C. Council, is also questioning the timing of the move.

“It doesn’t make sense to can the general in the middle of an active deployment,” he told The Post.

He also said that Schwartz’s sudden departure will be a long-term loss for the District.

“He’s been really very good at working with the community, and my impression was that he was good for the Guard.”

Schwartz will be replaced by Brig. Gen. William J. Walker, who is in the D.C. National Guard and will be the incoming acting commanding general.