If you engage in violence you will be held accountable, regardless of your political ideology, says Portland Mayor Ted Wheeler.

Joey Gibson, leader of Portland-based Patriot Prayer, turned himself in to authorities in connection with an arrest warrant for rioting, stemming from a violent clash in the city on May 1, according to the Associated Press. He was later released after posting bail, with further legal action pending.

In a video posted on Facebook, Gibson accused police of targeting conservative groups for arrests but not members of Antifa, even though masked Antifa supporters have been seen on videos engaging in violence during past protests.

Gibson asserted that authorities were trying to intimidate conservatives who planned to protest Saturday.

“They want you to not show up in Portland, they want to put fear in your hearts,” Gibson said.

“They want you to not show up in Portland, they want to put fear in your hearts.”

He also asked conservative protesters to refrain from violence Saturday.

"Force them to arrest you for being peaceful," he said.

"Force them to arrest you for being peaceful."

Gibson, 35, was not connected to the events planned for Saturday but had organized Portland rallies that turned violent in 2017 and 2018, the report said.

Separately, a conservative group called the Oath Keepers has decided it will not participate Saturday, saying it did not believe organizers had done enough to discourage white supremacists from showing up.

Portland authorities have been taking steps intended to minimize the chances that Saturday’s demonstrations repeat the violence of past events. Personnel from more than two-dozen law enforcement agencies – representing local, state and federal government – are involved in trying to maintain order during the demonstrations, the AP reported.

“I'm confident that from a law enforcement perspective, we're going to have all the tools and the resources and personnel we need,” Portland Mayor Ted Wheeler said Friday on Fox News’ “Outnumbered Overtime.”

The mayor, a Democrat, has drawn criticism over the city’s handling of past protests.

In June, conservative writer Andy Ngo was hospitalized after being attacked by Antifa supporters at a Portland demonstration.

On Friday, Ngo told “Fox & Friends” that he feared Saturday’s event “has the potential to be a powder keg.” 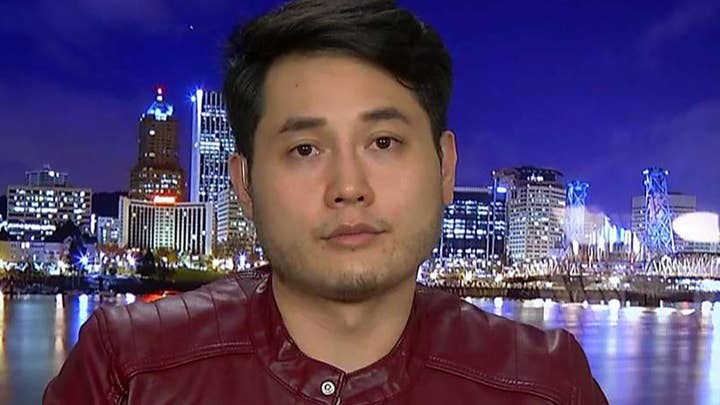 Precautions being taken in Portland for Saturday include plans by many downtown businesses to close for the day, as well as the planned closure of the Hawthorne Bridge, which connects eastern Portland to the downtown area, across the Willamette River, OregonLive reported.